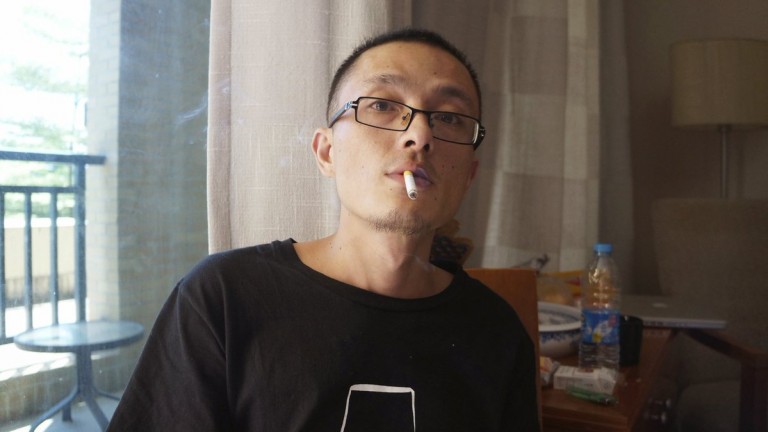 Citizen journalist Lu Yuyu and his girlfriend Li Tingyu have been chronicling “mass incidents” in China since 2012 on their blogs and from the Twitter account @wickedonnaa. Friends of the bloggers began to fear that they had been detained after their regularly updated accounts ceased activity on June 14. Late last month Chinese Human Rights Defenders confirmed that the two were in detention on suspicion of “picking quarrels and provoking trouble,” a charge that has been increasingly used against activists, lawyers, and writers in recent years. On July 6, the Committee to Protect Journalists reported that when lawyers met with the detained bloggers, police refused to provide details on their cases. At the Hong Kong Free Press, Gene Lin reports that Lu has now been formally arrested in Dali, Yunnan after five weeks of detention:

[…] Lu’s lawyer, Xiao Yunyang, reportedly received a phone call from the Dali Procuratorate which informed him that an official arrest notice had been issued for Lu. The status of Lu’s girlfriend remains unknown.

The couple were detained at Dali Bai Autonomous Prefecture on June 16 on suspicion of “picking quarrels and provoking trouble,” according to the NGO China Human Rights Defenders. [Source]

Radio Free Asia’s Hai Nan reports that Li Tingyu has also been arrested, and describes the couple’s citizen journalism that likely made them targets:

Li, who was forced to drop out of a translation and interpretation degree at Guangzhou’s prestigious Zhongshan University after publishing articles out of the reach of Chinese government internet censors, was also formally arrested on the same charges at the same time, [defense lawyer] Xiao [Yunyang] said.

[…] Li had already been targeted for “chats” with China’s state security police, and withdrew from her university amid huge political pressure on the university and on her family, Weiquanwang said.

[…] A former migrant worker, Lu called his online operation “Not the News,” in a nod to the widespread censorship of “sensitive” stories of mass protests by the ruling Chinese Communist Party and the media outlets under its control.

Activists have said the sort of data Lu compiled, which last year including details of more than 30,000 “mass incidents” not widely reported in China, could easily have made him a target. […] [Source]

China Change earlier this month translated an essay by Germany-based political science researcher Dr. Wu Qiang on the value of the data Lu and Li have gathered over the past four years.

Earlier reports from Radio Free Asia quoted a friend of Lu’s who suspected he was detained while traveling to Wukan, Guangdong to report on a new round of protests in the village that authorities have been attempting to restrict coverage of.

While coverage of the couple’s arrest doesn’t mention any link to Wukan, former village chief Lin Zuluan has also now been formally arrested for accepting bribes. Lin was a leader of the 2011 Wukan protests against the official seizure of public land, and was elected to the post of village chief in the democratic concessions resulting from the uprising. He was detained on June 18, the day before he planned to lead a petition over the still unresolved land disputes that sparked the 2011 protests. Reuters’ Farah Master reports:

A former leader of a Chinese village who was democratically elected five years ago after taking a stand against corruption has been arrested for taking bribes, said Chinese state news agency Xinhua.

[…] The local prosecutor of Lufeng City said Lin had accepted a substantial amount in bribes for village projects since 2012. Lin admitted to accepting bribes in a video last month, Xinhua said late on Thursday.

[…] Reuters was unable to contact Lin and it wasn’t clear whether Lin had legal representation after two lawyers hired by his family were blocked by authorities from taking on his case.

In 2014, two former deputy village chiefs were jailed for two and four years respectively for bribery, around the time of another village election. Those who knew the men said they were framed. [Source]

Many Wukan villagers did not believe that Lin’s televised “confession” to accepting bribes was made of his own accord, and his detention led to resurgent protest in the village. At the South China Morning Post, Mimi Lau reports on continuing protest in Wukan:

“No matter how hard the authorities try to smear Lin’s character, our eyes are crystal clear,” one Wukan resident said. “Lin’s respected reputation is not something that can be distorted by some articles online … That thousands of villagers are marching every day is testament to him. [The authorities] have underestimated the people of Wukan.”

[…] Last month, Lin planned to spearhead village complaints about land use but he was detained by police in a midnight raid on his home on June 18. Authorities in Lufeng and Shanwei accused Lin of taking 80,000 yuan (HK$93,000) in kickbacks over the construction of a running track a local school.