Activists Go to Court to Fight for LGBT Rights 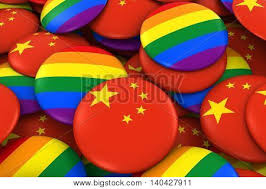 Yu Hu, a Chinese man who was forced by his family to undergo gay “conversion therapy” at a mental hospital in Henan province, is suing the institution for emotional distress. Yu’s experience is not unique in China, where homosexuality was officially classified as a psychiatric illness until 2001. Many clinics in the country still offer electric shock and other controversial treatments aimed at altering patients’ sexual orientations. From AFP:

For 19 days, [Yu] was given a mix of unidentified medications, with staff threatening to beat him if he refused to take them, all in the name of “curing” him of his orientation.

[…] Now Yu is suing his captors, the latest in a series of legal battles aimed at banning supposed “gay conversion therapies”.

“They must be brought to justice, being gay is not a crime, but what they did to me is,” Yu said. “This isn’t only happening to me, and this must stop.”

Yu still has nightmares about the episode last October. His demands are simple: an apology from the hospital and an acknowledgement homosexuality is not a disease to be cured. [Source]

Although an increasing number of LGBT rights cases are being heard in China’s courts, activists do not always get the results they want. On Friday, the Chinese government issued an unexpected censorship directive ordering the media to stop reporting on a court hearing brought by college student Qiu Bai, who took China’s education ministry to court in 2015 for portraying homosexuality as a psychological disorder in textbooks. The censorship decision was likely made for fear of attracting too much attention in the press that could potentially embarrass the government. Caroline Kitchener at Vox reports:

“I’m surprised and angry that our work is being censored,” Qiu said in an interview. “Speaking out is not as easy as I thought it would be.”

[…] Qiu has been working to change the textbooks for the past two years, but had never had work censored by the government until now. Beijing may have felt forced to act by a desire to prevent the case from garnering too much attention in the West. Quiet activism is okay; the sort of work that could embarrass the government is not.

[…] Most Chinese civilians who choose to file lawsuits against the government in Beijing move smoothly through the process. Their cases are noncontroversial and, win or lose, they return home without much fanfare. For example, the courts deal with a lot of farmers filing lawsuits over land disputes.

With the explosion of social media, a Chinese citizen who questions the government could attract widespread media attention — and, potentially, the public’s attention and support. But that very notoriety can be dangerous: If the government decides that you pose any kind of risk to the Chinese Communist Party, they can easily shut you down. [Source]

At Quartz, Zack Bu recounts his experience of growing up as a gay man in China and the important role that the internet has played in his sexual awakening:

All in all, growing up gay in China was not devastatingly poignant for me. China rarely made a spectacle by openly prosecuting LGBTQ persons, so negative exposure to LGBTQ existence was seldom heard of. Homosexuality was still considered immoral and widely discouraged, but being gay was more like an ominous urban legend than a palpable and punishable sin.

This made it confusing as hell, at first. The bundles of sentiments I experienced made no sense to me, as I didn’t even understand that being gay was a possibility. The absence of substantial LGBT culture—both positive and negative—dictated that there wasn’t anything for me to even agonize over not having; no over-romanticized love-at-first-sight films, no fabulous contested gay icons, no persecuted activists. No struggles, but also no joys. Had I spent my entire life asleep, that would have been the strongest form of silencing.

The main reason I was able to wake up to myself was the internet. A lot of LGBTQ people of my generation were fortunate to be able to recognize and shape our real identities via blogs and social media.Modern-day China is actually not as oppressive as many may thinkwhen it comes to LGBTQ issues online. Though initially harsh about censoring LGBTQ content, in the past 20 years China’s internet, has evolved from a forbidden domain into a virtual sanctuary for LBGTQ people. We may not feel confident in asserting our sexualities in public, but digitally, our communities thrive. [Source]

In a separate Quartz post, Bu looks at how the Chinese LGBT community has thrived online despite heavy government censorship:

In spite of China’s digital censorship laws, the extent to which LGBTQ-related topics can be talked about online is virtually limitless (all links in Chinese unless otherwise noted). As long as this community doesn’t disrupt the government’s status quo offline through public protests and disruptive gatherings, they are rarely interfered with or discouraged by Chinese officials; in fact, they’re flourishing.

Popular Weibo (China’s version of Twitter) accounts about gay people, such as “My affairs with my gay partner,” have amassed millions of followers. Internet socialites who are open about their sexuality have gained popularity and have capitalized on their fame by starting their own lines of clothing. […]

[…] Geng believes this major political shift began with the vocal presence of the LGBTQ community online. Jason Q Ng, an expert on Chinese internet censorship (link in English), told Quartz that the Chinese government might start to realize that a LGBTQ presence does not threaten the stability of their regime. The gay community’s online presence has helped debunk the public’s popular misunderstandings and against LGBTQ people, which has helped destigmatize gay culture in China.

[…] So, for now, the Chinese LGBTQ community is sadly still segregated from the real world and only gets to exist online—but at least our community there is growing and thriving. [Source]