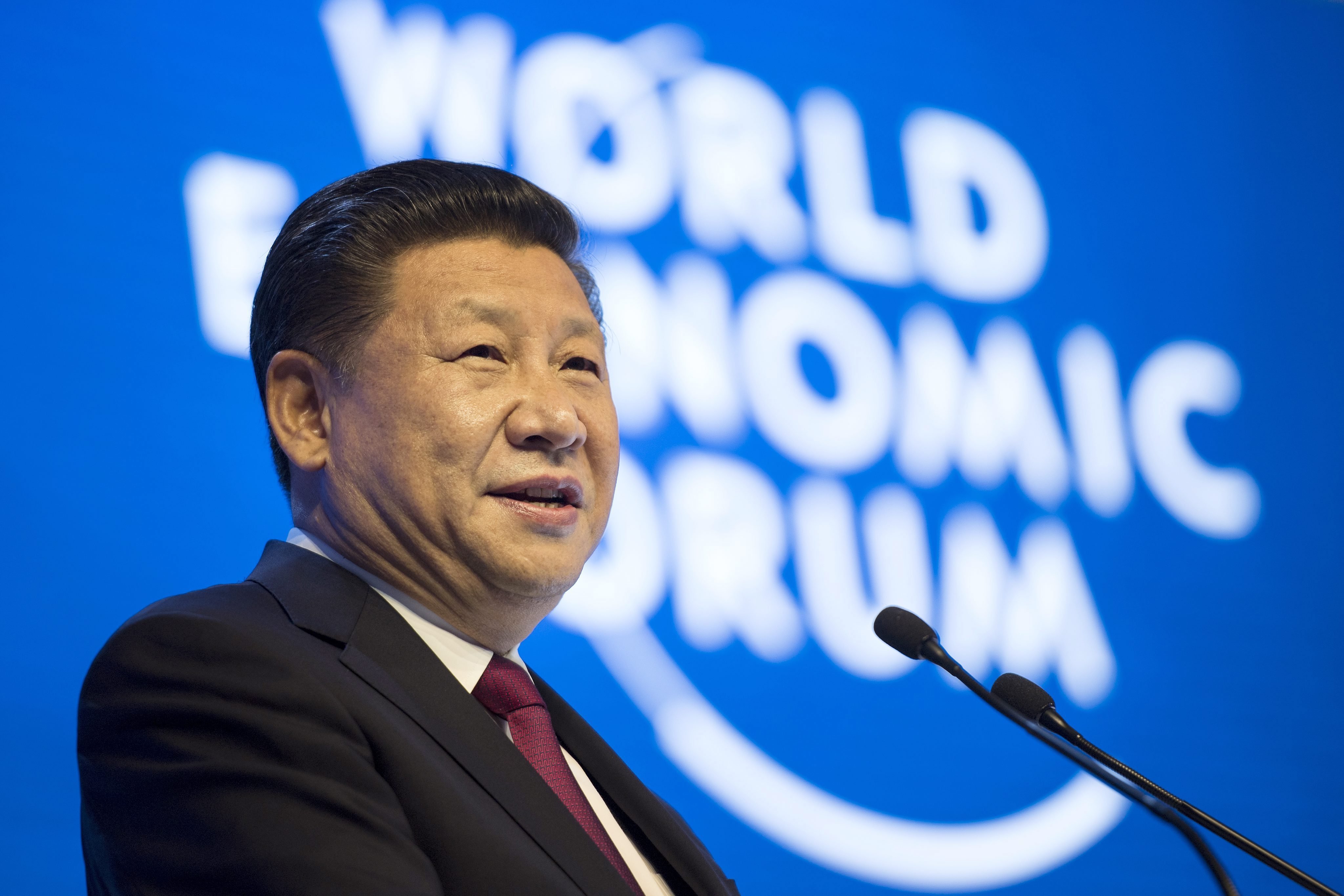 Xi Jinping yesterday took the stage in Davos to address the World Economic Forum, the first time a Chinese head of state has attended the annual January meeting in the Swiss Alps. Addressing the forum for nearly a full hour, President Xi took the opportunity to zero in on anxieties about the future of the global order provoked by the recent election of Donald J. Trump as U.S. President. Mr. Trump—who campaigned on renegotiating trade deals with China and an “America First” approach to international politics and commerce (among other controversial policy promises)—will become President Trump on Friday. Since his November electoral victory, Trump has upset decades of diplomatic tradition by speaking to Taiwanese leader Tsai Ing-wen on a phone call and publicly referring to her as the “president of Taiwan” in a follow-up tweet, and has continued to blame China for the anti-globalization populist sentiment that appears to have led many Americans to vote for him. Reuters’ Noah Barkin and Elizabeth Piper report on Xi’s “vigorous defense of free trade” and the case he made for China to play a global leadership role in Davos:

Xi likened protectionism to “locking oneself in a dark room” in the hopes of protecting oneself from danger, but in so doing, cutting off all “light and air”.

“No one will emerge as a winner in a trade war,” Xi said in a nearly hour-long speech in a large conference hall as U.S. Vice President Joe Biden looked on.

[…] As Trump vows to focus on American interests, Europe is increasingly pre-occupied with its own troubles, from Brexit and militant attacks to the string of elections this year in which anti-globalization populists could score gains.

This has left a vacuum that China seems eager to fill.

More than half a dozen senior Chinese government figures joined Xi in traveling to Davos, whereas in prior years Beijing sent fewer, lower-level officials.

A large number of sessions at the WEF are focused on Asia this year, including one entitled “Asia Takes the Lead”. […] [Source]

Mr. Xi sought to portray Beijing as a benevolent power intent on upholding an international order that has boosted common prosperity. He exhorted world leaders to “join hands and rise to the challenge.”

[…] “There is a vacuum in global leadership. Xi sees it and he seizes it,” said Carl Bildt, a former prime minister of Sweden, who was in the audience. “If the U.S. does take a more mercantilist route, overall the Asians and Europeans will have to combine to preserve global free trade.”

[…] “Some people blame economic globalization for the chaos in our world,” Mr. Xi said. He dismissed the idea—and acknowledged that globalization had resulted in growing income inequality within many countries.

[…] “It’s important that China is saying that there are important benefits of globalization and acknowledges that there are many problems that have to be worked through,” said David Lipton, first deputy managing director of the International Monetary Fund.

In many ways, Mr. Xi—and his government—are deeply ambivalent about globalization. Mr. Xi is an unabashed nationalist, who resents the West’s lecturing on human rights and democracy. He has sought to bulk up state-run companies and kept China’s internet isolated behind its Great Fire Wall. […] [Source]

Xi also took time to defend the 2015 Paris climate accord signed by himself and President Obama, and to caution Trump against pulling out of it. The president-elect has suggested he might withdraw from the deal, indicating his seriousness through several of his climate change-denying cabinet appointments. From Bloomberg’s Jess Shankleman:

Speaking at the World Economic Forum’s annual meeting, Xi said “all signatories must stick to” the 2015 Paris deal to limit global temperature increases to well below 2 degrees Celsius. “Walking away” from the pact would endanger future generations, he said.

[…] Xi said China’s green development investments were already “paying off” and urged other countries to support international cooperation to solve the world’s most urgent challenges.

“We should join hands and rise to the challenge,” he said. “Let us boost confidence, take actions and work together for a bright future.”

[…] “If the U.S. does step back from leadership in the climate process then China will step forward, not least for pure realpolitik reasons,” said Michael Liebreich, founder of Bloomberg New Energy Finance. “If you’ve got large parts of the world including all of Africa, really hungry for investment and energy solutions, then the U.S. is seen as an unreliable partner, or trying to push dirty solutions, then I think China will step into that breach.” [Source]

Beijing, no stranger to the acute dangers of breakneck economic development taking precedent over the maintenance of the physical environment, has recently promised to make substantial investments into renewable energy sources by 2020. The Guardian’s Larry Elliott and Graeme Wearden quote an optimistic appraisal of Xi’s words on climate from Greenpeace East Asia’s Li Shuo:

“Given the current volatility of global politics, President Xi Jinping’s address helped calm nerves. His reference to climate change highlights a growing sense of China’s international responsibility, and the country’s evolving calculus towards taking action on the issue.

“As Trump drops Obama’s climate legacy, Xi might well establish one of his own. 2017 presents a real opportunity for China to rise to the challenge of responsible climate leadership. Having moved from climate villain to a reluctant leader in five short years over the first half of this decade, it’s reasonable to expect China to become a true leader by its end.” [Source]