On July 12, as Liu Xiaobo was in his final hours of life and Chinese authorities had made clear they wouldn’t allow the imprisoned Nobel Peace Prize laureate to go abroad for medical treatment, CDT resident cartoonist Baiducao headed to the public art alley on Hosier Lane in Melbourne, Australia to hang a commemorative poster and “Free Liu Xiaobo” sign. After Liu’s death, the Melbourne-based artist is continuing his “Art for Liu Xiaobo” campaign, calling on his fans and Liu Xiaobo supporters worldwide to take it global. In correspondence with CDT Chinese editors, Badiucao explained the campaign:

7/12, Mr. Liu Xiaobo’s fatal illness has sent me to the Melbourne streets to launch a commemorative poster campaign. After the 13th, the sadness of Xiaobo’s passing and anger with the ruthless treatment from authorities has led me to continue the “posters for Xiaobo” campaign and appeal to society for help. Perhaps art is the best way to pay homage to Liu Xiaobo, a doctor of aesthetics, art can also influence all people around.

I have created these Liu Xiaobo and Liu Xia cartoons, which are the main pieces I plan to post on the streets. [Chinese] 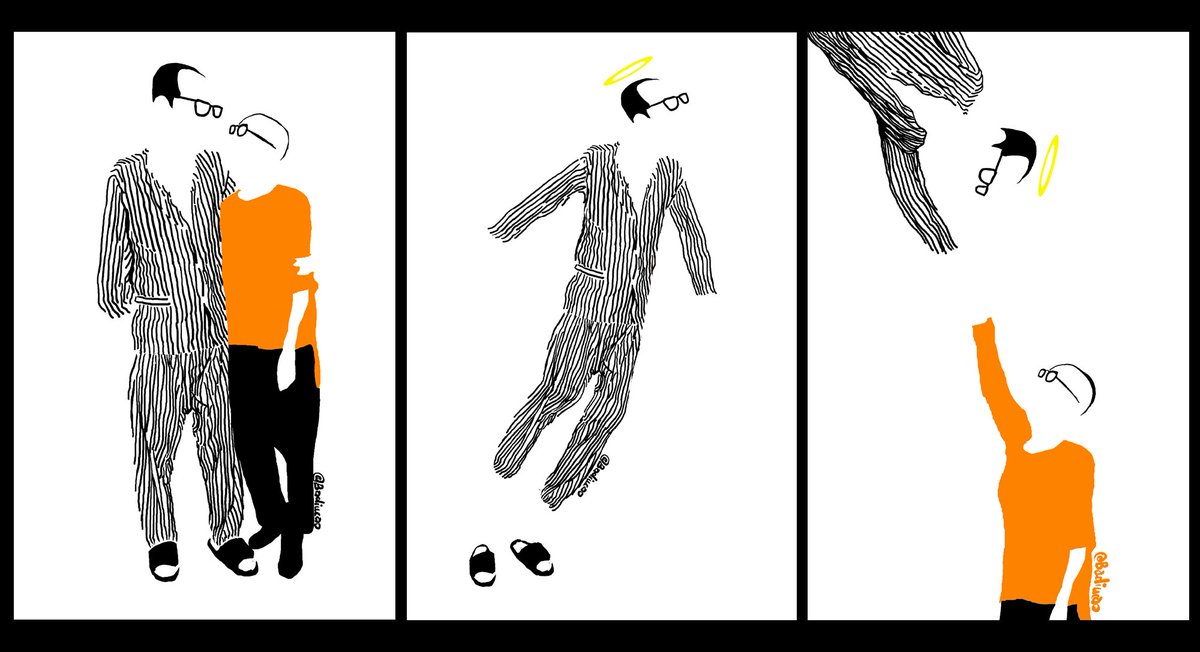 On July 12 in Australia I launched a Support Liu Xiaobo street art movement (at that time the state of Xiaobo’s illness was getting extremely severe). The entire process was very simple, seek out a legal and local graffiti site, and put up posters of Mr. Liu Xiaobo. This was just for self-expression, but the next day I discovered Melbourne residents had filled the alley with flowers, in one evening what began as one poster in the city center had turned into a corner for investing support and thoughts. Perhaps Dr. [Liu] is feeling comforted in heaven. [Chinese]

Flowers are already filling the alley at the Hosier Lane #LiuXiaobo commemorative graffiti spot.  Tourists were constantly snapping pictures while coming and going, some of them took the initiative to stop for a moment and read the introduction to Liu Xiaobo, some wrote a brief note, some lit a long-life candle.

On July 16, Badiucao thanked his Twitter friends for replicating his efforts at the Sydney University Graffiti Tunnel, and promised to make his art available for more commemorative spaces elsewhere:

Thank you Twitter friends for bringing my #LiuXiaobo and #LiuXia pictures to Sydney University! I look forward to everyone seeing the commemoration! In a short while I will provide poster-making and hanging instructions, I want to bring Xiaobo to more of the world’s cities!

True to his promise, Badiucao has uploaded multi-panel versions of his artwork on Google Drive to be printed and posted in cities around the world in commemoration of Liu Xiaobo. Badiucao also invites other artists to supply their designs for the campaign via Twitter.

So far I’ve already constructed and arranged a set of tutorials available to download, print, and use to friends across the world—I even invite those in China to join in. Use these to establish a commemorative space for Liu Xiaobo. Mr. Liu Xiaobo’s remains are already at sea, but his soul will forever be on this earth. [Chinese]

To start a commemorative space in your city, find a legal graffiti wall, visit Badiucao’s collection of printable posters on Google Drive or Dropbox, and follow his print and paste instructions (in Chinese, or follow similar instructions for wheat-pasting in English). Once the art is hung, take a picture and tweet it to @Badiucao.

You can support Badiucao by buying “Watching Big Brother: Political Cartoons by Badiucao,” available in EPUB and PDF formats. The book covers the early years of Xi’s presidency, from December 2013 to January 2016. No contribution is required, but all donations will go to Badiucao to support his artwork. CDT is also selling merchandise featuring Badiucao’s work in our Zazzle store. See also interviews with the artist by CDT, PRI’s The World and Australian Broadcasting Corporation’s RN. Many of his earlier cartoons are available via CDT.