The filtered, monitored version of the internet available in China. 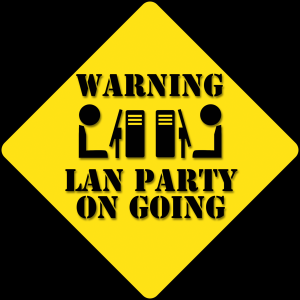 A local area network (LAN) is a computer network covering a small geographic area, like a home, office, or university campus. Computers in the LAN can share files and other information, as well as a connection out to the internet. A network administrator oversees activity.

Similarly, the internet in China operates in many ways separately from the rest of the world, with internal content and access to the wider global internet carefully managed. Major services like Twitter, Facebook, and Google are blocked, while home-grown services such as Weibo, Renren, and Baidu take their place. These Chinese web services monitor, filter, and censor content at the behest of the Chinese government.

Leidigagaxiaohaha (@雷帝gaga笑哈哈): When Google was blocked the idiots said we have Baidu, and Google has “wheels” [a possible reference to Falun Gong, literally “Dharma Wheel Practice.”] and should be blocked. Then when Google Scholar, Dropbox, and Gmail were blocked—tools which the global scientific community depend on—the idiots told us to spend a little on a VPN and quit whining. Now all the VPNs are dead, but don’t worry, the idiots always have something to say. In the future, the Great Chinese LAN will be more restricted than you can imagine, and the pile of censored content will only grow, because the Party takes care of everything that doesn’t obey its rules. (January 26, 2015)

In December 2017, as China was holding its fourth World Internet Conference in Wuzhen, government authorities issued a censorship directive ordering special attention be paid to cleaning up online comments ridiculing the event. The directive contained examples of  words mocking the conference to look for, including including “World LAN Conference” (世界局域网大会), “World 404 Conference” (世界404大会), and “Beggars’ Conference” (丐帮大会). The latter was a reference to the presence of high profile foreign tech figures such as Apple’s Tim Cook and Google’s Sundar Pichai, who attended with apparent hopes of winning favor from Beijing. Contributing to a ChinaFile conversation about CEOs of foreign tech companies attending China’s conference, CDT editor Samuel Wade wrote that Cook’s appearance “legitimizes the system of censorship and control in which he’s previously claimed to be an unwilling conscript.”