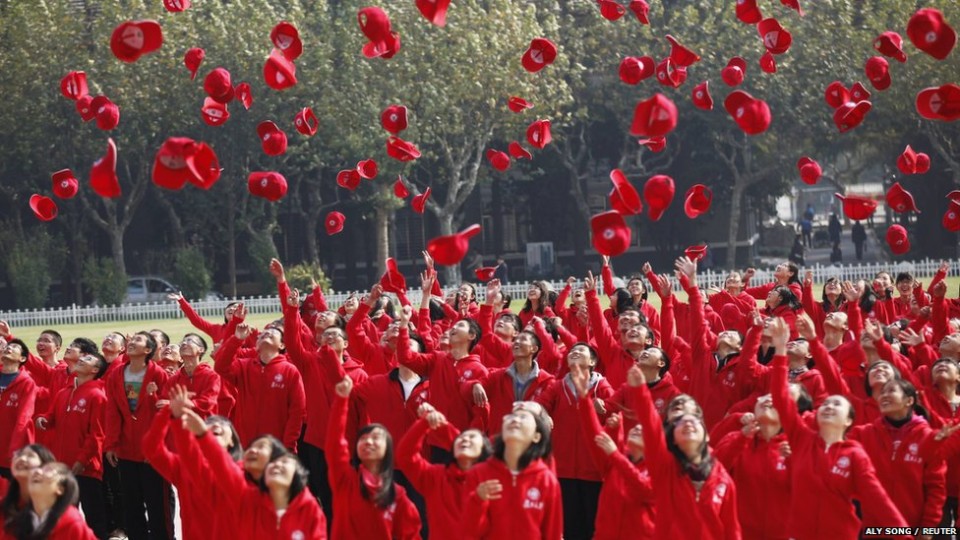 Xi Jinping has vigorously promoted instilling more communist values in Chinese universities via patriotic education, and has banned Western values from the classroom. However, a growing wave of student activists has emerged from the silence left by 1989’s Tiananmen protests, and is now supporting China’s evolving labor movement by citing the very Marxist values they were taught in school. One particularly high-profile protest this past summer involved students advocating for laid-off factory workers at Shenzhen’s Jasic Technology, which resulted in 50 students and workers being detained in late August. Increasingly, protests that espouse such values are posing a new and unexpected threat to Chinese leadership. Javier C. Hernández at the New York Times reports:

But some in the party seem uneasy about the proliferation of student groups devoted to Marxism and Maoism, apparently worried that their calls for greater economic equality and worker rights could undermine China’s modern-day embrace of capitalist markets.

While only a small minority of students are involved, they represent a leftist critique of Chinese society that seems to be gaining traction on college campuses, partly because the authorities have been more hesitant to suppress it than other political discussion.

On the Chinese internet, thousands of young people participate in vibrant Maoist and Marxist chat rooms, and some have started leftist news websites, posting commentary on topics like pollution, globalization and economic theory, without much interference by censors, until recently.

[…] Younger Chinese are often described as apathetic, selfish and obsessed with money. But Eric Fish, a writer who has studied Chinese millennials, said that the generation born after the Tiananmen Square massacre lacks the instinctive fear of authority of older generations.

“They’re more willing to go out on the street and stick their necks out,” he said. “There is not as much appreciation for what could go wrong.” [Source]

As Yuan Yang and Xinning Liu at the Financial Times report, one sign of an increasing crackdown on leftist values came last week when China’s prestigious Peking University threatened to shut down its student Marxist society—a longtime advocate for marginalized students and blue-collar workers on campus—by refusing to grant teachers’ sponsorship. The Economist reports that the society has since found a sponsor, but that young Marxists across China continue to be viewed with suspicion:

In recent years the party has tightened controls over journalists, lawyers and others it regards as potential troublemakers. It is now turning its attention to young campaigners who wave the same Marxist flag as the party, but who use it in defence of society’s underdogs rather than as a bludgeon against the party’s critics. Last November Zhang Yunfun, a 20-something former member of Peking University’s club, was arrested during a Marxist study session he had organised at a university in the southern city of Guangzhou. He was given a six-month jail sentence for disturbing public order.

The country’s rulers tremble at the thought of a Marxist revival. #MeToo activists have been invoking the philosophy in their efforts to expose professors who demand sex from students. Earlier this year hundreds of students from several universities expressed support for workers who had been fired for trying to set up a union in their factory in the southern city of Shenzhen. Several students, including self-styled Marxists who travelled to the city to help them, were arrested in August (some are pictured before the police raid). In its posting on social media, Peking University’s club said officials had hinted that events in Shenzhen were one reason why the society was in difficulty.

In the end supportive responses on social media to the club’s posts appeared to persuade the university to soften its stance. On September 26th the society said it had finally completed its registration, and that the head of the university’s Marxism department would be its sponsor. But the group, and others like it, will surely be kept on a short leash. The party is not only afraid of genuine Marxists, but also of Peking University’s long history at the forefront of anti-establishment movements. When Marxists first started a study group at the university a century ago, those attending included a librarian called Mao Zedong. [Source]

For more coverage on China’s young communists, read about Yue Xin, a recent Peking University graduate who first garnered attention for her #MeToo activism, and was among the 50 detained in late August in Shenzhen. Shortly before being detained, she drafted an open letter—which has been translated by CDT—to Xi Jinping and the CCP Central Committee. The letter expresses support for the protesting Jasic workers, and explains how she and her fellow activists are embodying the communist ideals the government has long espoused.