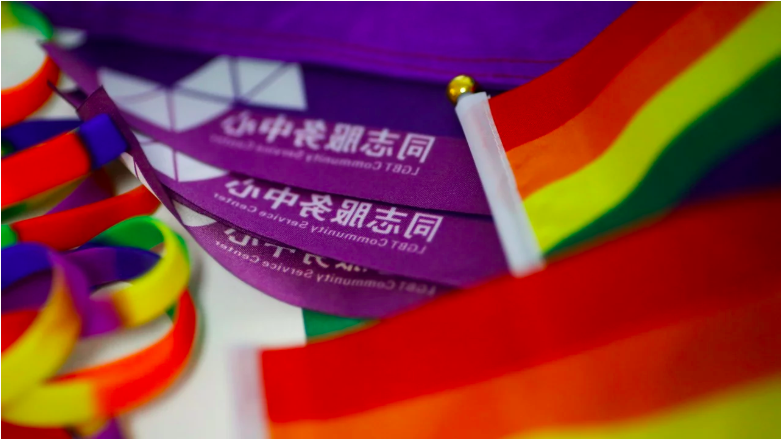 A kindergarten teacher in Qingdao is taking a local school to court for firing him over his sexual orientation. This is the first case of its kind and is expected to have a substantial impact on legal protection for LGBT groups in China. Christian Shepard at Reuters reports:

The teacher was dismissed in August from a school in the coastal city of Qingdao after he posted some comment on social media about an LGBT event he had attended, he told Reuters.

The teacher, who declined to be identified, said he was told by the school principal that parents may not want a gay man teaching their children.

[…] The teacher was asked to leave without sufficient severance or payment for his 10 percent stake in the school, said his lawyer, Tang Xiangqian.

“The main reason we filed this case is not just as a labor dispute but to make the gay community more visible to a wider group of people. To let more people realize that they can easily be victims of discrimination,” Tang said. [Source]

While attitudes toward LGBT issues in China are changing, practices such as sexual orientation conversion therapy are still performed by public hospitals and private clinics. The case in Qingdao is part of a growing gay rights movement that has inspired an increasing number of activists to turn to the country’s court system to challenge discrimination against the country’s LGBT community. Members of the community continue to face state censorship as authorities seek to push back against the growing visibly of LGBT groups in the media. In May, LGBT elements were censored from a broadcast of the Eurovision Song Contest. This incident followed the introduction of regulations in 2016 banning all “abnormal sexual relationships or behaviour” from appearing on air. Last year, gay dating apps Zank and Rela were shut down by authorities. In April of this year, social media site Sina Weibo briefly imposed a ban on LGBT-themed content before reversing the policy following widespread user protest.

More recently, thousands of Chinese activists joined an online rally to push for same-sex marriage to be included in a new civil code set to be passed in 2020. The campaign, initiated by activist Sun Wenlin who was denied the right to marriage in 2016, will take advantage of the public comment period to submit amendments to the legislation to extend legal protections to LGBT individuals. Last month, Reuters’ Christian Shepherd reported:

On Monday, Sun posted on his WeChat account a guide for how to submit revisions to write the legalisation for same-sex marriage into the code.

Sun’s post went viral and started trending on the Twitter-like Weibo, with related hashtags being viewed 50 million times. Signatories to Sun’s campaign for same-sex marriage legalisation, launched last year, jumped from around 5,000 to over 20,000 in a day, he said.

[…] The chance that suggested revisions to dozens of provisions will be accepted is “close to zero”, Sun said, but he is hopeful that discussion can push forward legal recognition.

The civil code drafting process can help protect LGBT rights in areas like childbirth and employment, according to Zhu Bao, a Beijing-based lawyer.

“Discussion of the provisions that have an impact on the legitimate interests of the community will make lawmakers face up to the existence of gender minorities,” he said. [Source]

At the South China Morning Post, Ilaria Maria Sala looks at the uneven progress on gay rights in Hong Kong:

Taiwan is in the process of amending its marriage laws to give same-sex couples the right to marry, but Hong Kong seems to be battling a mixture of Victorian-era Puritanism, colonial baggage, religious intransigence, and immigration inflexibility that makes its attitude towards gay rights only marginally better than mainland China. The city only decriminalised homosexuality in 1991, but gay marriage is still not recognised under Hong Kong law, which also prohibits a same-sex couple from undergoing fertility treatment and does not have any provisions against discrimination based on sexual orientation.

The most visible cases pitting the conservative Hong Kong government against LGBTI people have been centred on immigration. This July, the Court of Final Appeal finally granted British lesbian “QT” the right to a dependent visa, but this was on the grounds of unlawful discrimination rather than same-sex marriage progress.

The movement may even have the unlikely backing of the business community. As more countries move to legalise same-sex marriage, talent coveted by international firms may choose not to move to Hong Kong if the government remains unwilling to extend spousal dependent visas to husbands or wives. But the time might be ripe for a change; a study by the Hong Kong University Centre for Comparative and Public Law found just last month that, for the first time, more than half of the city’s population supports gay marriage.

Yes, that support is still only at 50.4 per cent, but few people will have forgotten the backlash against tycoon Cecil Chao’s cringeworthy offer of a HK$1 billion “marriage bounty” for any man who would woo his openly lesbian daughter, Gigi Chao. The likes of Gigi, Denise Ho and Anthony Wong show what Hong Kong has that mainland China is still lacking: celebrities openly campaigning for gay rights as well as the social and political acceptance of the LGBTI community. [Source]

In May of 2017, Taiwan’s top court ruled that language in the nation’s Civil Code stipulating that marriage is between a man and a woman violated the constitution, setting the nation up to be the first in Asia to legalize same-sex unions. Mainland propaganda authorities responded by ordering media not to hype the story which “raises sensitive political and social issues,” and to “make sure not to present Taiwan as a different political entity than the Chinese mainland.”