Who Taxpayers Pay For in XX City – Web 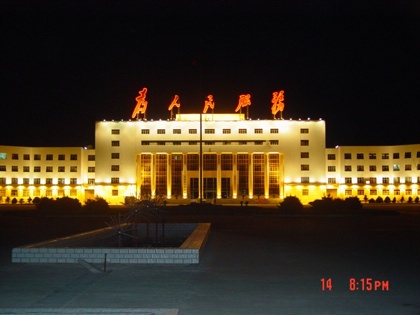 A netizen by the name “1913” published a list of an unidentified city’s various government agencies (including tax-funded organizations) and the numbers of public servants in them. It triggered interesting comments, in which people did the math on the total number of public servants in this city (xx) and how much money this size of a government will spend, etc. An excel sum-up shows that there are a total of 14,268 public servants, one comment goes. Another estimates that the city pays 600 million yuan in salaries and another 300 million yuan in other expenses, while the local average income would be 1,350 yuan a month. Translated from bullog.cn:

Averages Joes don’t have an idea about the lineup of government agencies. Even those who have worked in one may only speak a few things about government. For a city of 2 million, how many government departments are there and how many work in them? Taxpayers should have the right to know this. Here is a list, incomplete and compiled:

City Association of Science and Technology: 12

City Association of Literature and Arts: 12

City Commission of Development and Reform: 50

City Bureau of Science and Technology: 34

China Monitors the Internet and the Public Pays the Bill

Local Govts To Be Rewarded For Streamlining

How Many Agencies in a Small County Government? You Have No Idea