For the latest instalment in his CDT series, cartoonist Crazy Crab of Hexie Farm depicts a naked king performing the “Song of Harmony,” yet at end of the big note is the scythe of the grim reaper. The image of the king alludes to The Emperor’s New Clothes (while also bringing to mind “naked officials,” or corrupt officials whose family and wealth reside overseas). “Harmony,” or “harmonious,” is a key propaganda term employed by the current administration of Hu Jintao and Wen Jiabao to describe their governing philosophy. However, for many in China, the term has come to mean “censored” or “suppressed.” 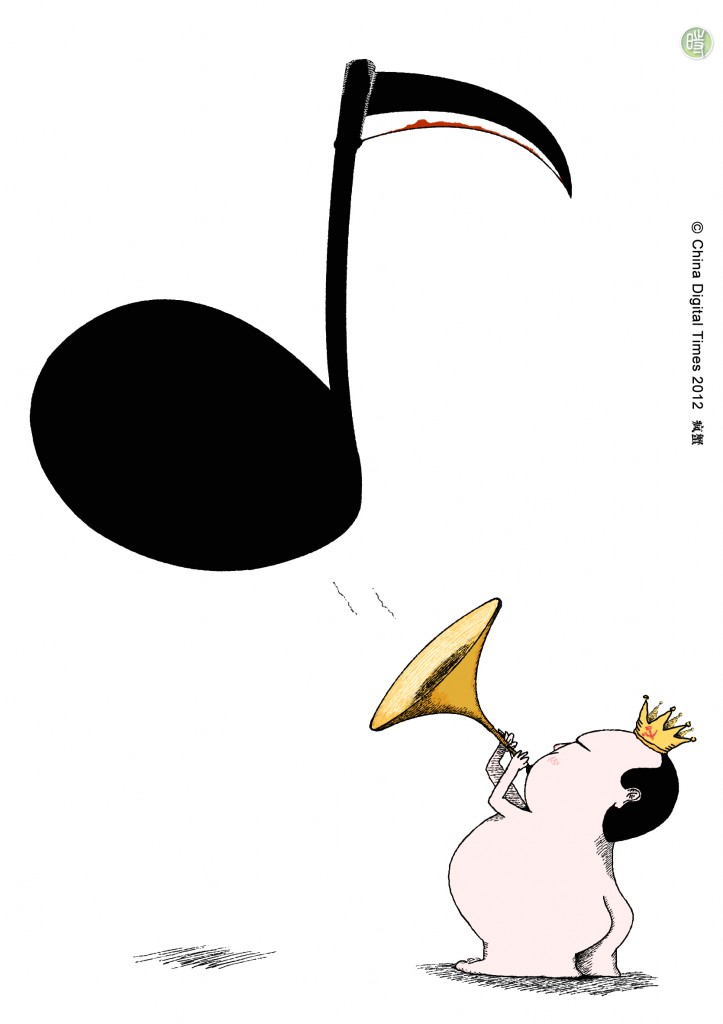 Guo Wengui “Lets The Bullets Fly For A While”

Meeting of the Week: Parents of Foreigners Congress

Drawing the News: The Right to Remain Silent