After scuttling plans in 2010 to redevelop Beijing’s historic Bell and Drum Tower neighborhoods, demolition of a nearby square has now begun. The government has announced plans to restore the tangle of hutongs back to its Qing Dynasty layout, but some suspect that the true motivation is economic. From the New York Times:

Because of relatively recent renovation, few of the homes can claim to be more than a few decades old. But they are in crooked alleyways known as hutongs, which formed around courtyard houses and date back centuries.

Along their lanes and within their mended walls, an old way of life is still visible – mahjong rooms, shared courtyards, clothes hanging to dry – against a more distant backdrop of skyscrapers.

The plan to redo the neighborhood has raised the ire of those who see it as swapping a real and living piece of Beijing’s history for a recreated artifact.

“They want to restore the Drum and Bell Tower square to the time of the prosperous Qing Dynasty,” but in doing so they will destroy a “rich accumulation of cultural heritage,” says He Shuzhong, founder of the Beijing Cultural Heritage Protection Center, a nongovernmental organization.

Photos of the Drum Tower neighborhood (Click on photo to launch a slideshow): 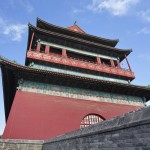 The Drum Tower by TonyV3112 for Shutterstock 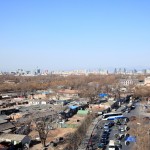 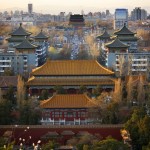 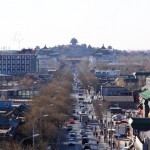 The City and the Writer: In Beijing with Jen Lin-Liu