As of March 24, the following search terms are blocked on Sina Weibo (not including the “search for user” function).

Kunming PX Plant: A p-Xylene (PX) and purified terephthalic acid (PTA) processing plant is planned for the Anning Industrial Park [zh]. Anning County is located within Kunming Prefecture, Yunnan Province. Plans to build PX plants have been thwarted by concerned citizens throughout China over the past few years, notably in 2007 in Wuxi and last fall in Ningbo. 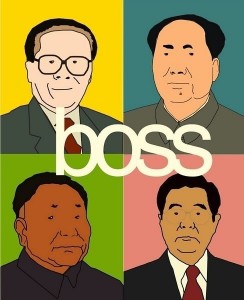 Other:
• hu+wen: Hu Jintao and Wen Jiabao.
• nine presidents (九总统): Refers to the nine members of the outgoing Politburo Standing Committee (PSC); the number of PSC members has been reduced to seven.

In addition, the terms below have been blocked from Sina Weibo search results as of March 22:

• Huangpu River+dead pigs (黄浦江+死猪): Over 15,000 pig carcasses have been fished out of the Huangpu, the source of more than 20% of Shanghai’s water.
• Peng Liyuan+similar items (彭丽媛+同款): Netizens chatted eagerly about the overcoat Peng wore on her first trip as first lady. “Similar terms” is a search term on the shopping site Taobao; sellers listed her coat, complete with photos of her on the tarmac in Moscow [zh].
• first lady+similar items (第一夫人+同款)
• Auntie Peng (彭阿姨)
• Mrs. Xi (习夫人): retested
• Xi+old (习+老): As in Elder Brother Xi (习老大) Boss Xi (习老板), etc.
• Jiang faction (江派): Party leaders with allegiance to Jiang Zemin, such as Xi.

CDT Chinese runs a project that crowd-sources filtered keywords on Sina Weibo search. CDT independently tests the keywords before posting them, but some searches later become accessible again. We welcome readers to contribute to this project so that we can include the most up-to-date information. To add words, check out the form at the bottom of CDT Chinese’s latest sensitive words posts (March 24 and March 22).