As Graft Probes Continue, Do They Bring the Party Risk? 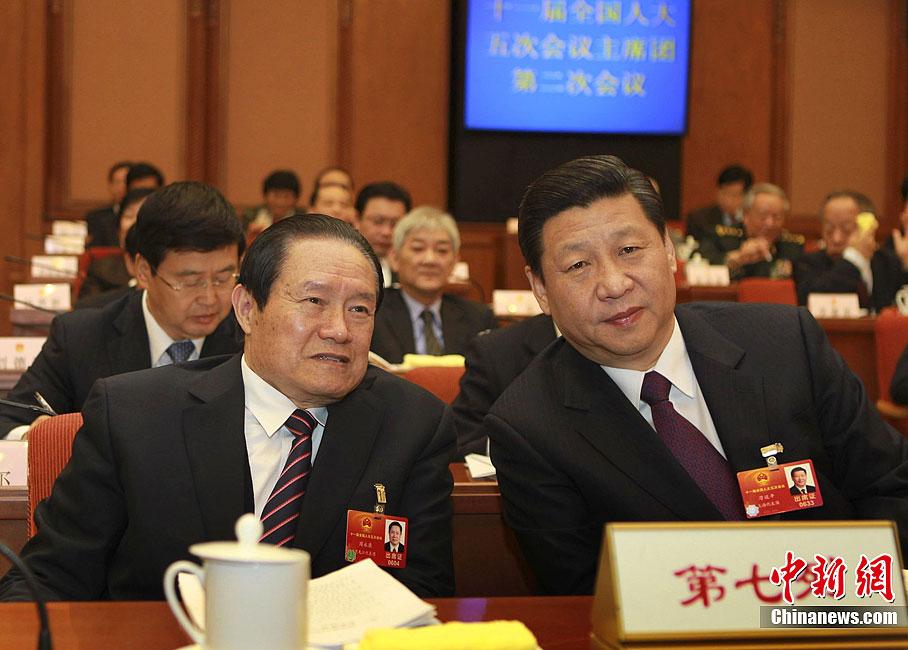 Shortly after assuming power last year, Xi Jinping announced a crackdown on corruption, warning officials at all levels of bureaucracy that their behavior was under scrutiny. A report from Reuters profiles corruption tsar Wang Qishan, who by some estimations is now “the second most powerful person” in Beijing:

Behind China’s aggressive drive to root out corruption is Wang Qishan, a historian-turned-economist who once felt so bad about getting free parking that he reportedly sent a colleague back to pay the fee.

[…]Wang, 65, heads the Central Commission for Discipline Inspection and ranks sixth in the party hierarchy. His power far exceeds this, said Cheng Li, a fellow at the Brookings Institution in Washington and an expert on Chinese politics.

“I would say that Wang Qishan is the second most powerful person next only to Xi Jinping,” he said. [Source]

While the crackdown on Party corruption has seen many a conviction among lower-level officials, an investigation into retired security chief security chief Zhou Yongkang has brought it to the pinnacles of power. The probe, which had already implicated powerful allies of Zhou’s, has spread to other of the retired official’s former associates. At the Sydney Morning Herald, Philip Wen recaps the extent of the Xi administration’s vigorous drive to consolidate political control and stamp out corruption within the Party, noting that the probe into Zhou breaks Party precedent:

The stakes are high for Mr Xi, in what could be an early defining moment for his leadership.

Pursuing Mr Zhou breaks a decades-old unwritten agreement not to go after a standing committee member, past or present.

[…]But Mr Xi has identified the fight against corruption as a key route to winning back support with a public increasingly disillusioned by endemic graft and wealth inequality in Chinese society.

”If Xi doesn’t win the people’s hearts and minds, someone else will,” Chen Ziming says.

[…]”The most important thing [from Mr Xi’s perspective] is to strike with both fists,” [political analyst and former Tiananmen activist] Chen Ziming says. ”One fist to strike out at corruption and the other to hit out at intellectuals. [Source]

And both fists have indeed been flailing. As corruption probes continue, China’s intellectuals—both the overtly political and those carrying stockpiles of social capital—are being discouraged from voicing politically liberal ideas, as are the lawyers who represent them and the journalists who cover them. In effort to maintain an influence on public opinion, a parallel campaign against online rumors has also been launched. In her analysis of the simultaneous crackdowns on corruption and dissenting opinion, Elizabeth Economy summarizes the risks that double-tiered efforts at power consolidation could have for the party. From CFR and The Atlantic:

Beijing’s strategy—while widely heralded by the official Chinese media—seems like one destined for short-term gain but long-term pain. First, by accusing and arresting people before the judicial system has been reformed, the Chinese leadership runs the risk of undermining much of the purpose of the anti-corruption campaign—restoring the legitimacy of the Communist Party. People are already suspicious about why certain officials and businesspeople are being targeted while others are not. Moreover, as attacks are levied against leading bloggers, the anti-rumor campaign begins to look like an effort not to push forward on the rule of law but rather to reintroduce fear among intellectuals and other reformers à la the Anti-Rightist Campaign of the 1950s, which targeted those whose voiced independent opinions.

Limiting the voices of public intellectuals also will hamper the Party’s objective of spurring creativity and innovation within Chinese cultural, social, and economic life. If there is no questioning, there is no change and no progress. Had it not been for Pan Shiyi leading the netizen charge for greater transparency in Chinese air quality statistics, the Chinese public would likely still be waiting to understand why official blue sky days are not actually blue. And as my colleague Adam Segal remarked, the crackdown against outspoken liberal business leaders is reminiscent of Putin’s message to the oligarchs: get with the program or get out. The danger, of course, is that in fact, they will get out—leaving China without much needed intellectual, creative, and financial firepower. [Source]

In the latest Sinica podcast, Kaiser Kuo and Jeremy Goldkorn host Sinocism’s Bill Bishop and the Wall Street Journal’s Jeremy Page to discuss “Petroleum and Purges”. Also see a report from Reuters noting that, in the lead up to Mid-Autumn Festival, corruption crackdowns are hurting profits for China’s high-end mooncake makers.