Eight Questions on Life, Liberty and Pursuit of Dao 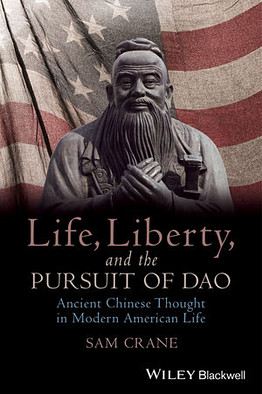 China Real Time’s Josh Chin talks to Sam Crane, author of the Useless Tree blog and Life, Liberty, and the Pursuit of Dao, about the applicability of classical Chinese philosophy to modern life and Chinese and American politics:

What are the advantages of thinking about modern problems in terms of ancient Chinese thought?

I hope there are two. One, I hope it expands the repertoire of arguments and reasons that might be used when thinking about making the right decisions. The other benefit is to draw people into to reading and thinking about ancient Chinese thought, which I think is a good in itself. I engage with these texts on a daily basis and see things differently because I engage with them.

Both Confucians and Daoists, but perhaps especially Confucians, would welcome the relaxation of the repressive one-child policy. But both would also look for its ultimate abolishment. More generally, Confucians would be uncomfortable with the hyper-materialism and intense competition in contemporary Chinese society, dynamics that undermine the cultivation of humane interpersonal relationships. Daoists, too, would be similarly repulsed. And the reform plan does little to change that. [Source]

Leader Taps Into Classics in Seeking to Cement Power

What Beijing Means by Reform and Rule of Law