About That Endless China Smartphone Market… 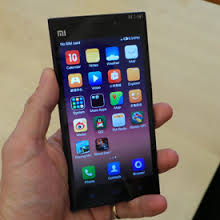 Over the past two years, smartphone shipments in China has nearly quadrupled, making the country the world’s largest smartphone market.

But the rate of annual growth in the Chinese market is expected slow, to about 10% next year, according to forecasts by research firm IDC.

[…] China has nearly 1 billion mobile phone users and roughly 40% of them are currently using smartphones, according to IDC. Doesn’t that mean hundreds of millions of people currently using traditional feature phones are all ready to switch to smartphones soon?

A complete migration to smartphones may not happen so easily. In China, most of the people who can comfortably afford smartphones have already bought them, and it may take longer for the rest of the population to make the same transition, Kaur says.

To be sure, smartphone prices in China have declined a lot and it’s possible to buy one for less than $50. But some people still won’t be able to afford it because switching to smartphones usually results in heftier monthly bills from telecom carriers, says Jingwen Wang, an analyst at research firm Canalys. [Source]

In marginally related news, Tech in Asia reports “grade school smartphone rules” in effect at China’s National People’s Congress, which kicked off yesterday in Beijing: no texting, no games, no live-tweeting.

Will China Use Big Data as a Tool of the State?