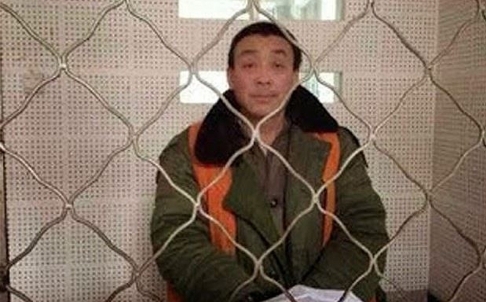 Three family members of Zhang Shaojie, the Christian pastor who was recently sentenced to 12 years in prison for fraud and “gathering a crowd to disrupt public order,” have reportedly escaped China after being harassed by authorities. The South China Morning Post reports information delivered by Bob Fu, founder and president of the China Aid Association, an organization providing legal assistance to Chinese Christians:

Zhang’s daughter, son-in-law and one-year-old grandchild landed in Dallas, Texas, and have now gone to Midland, according to US-based China Aid.

The group said an underground network of activists helped the three leave China via Southeast Asia.

[…] China Aid founder Bob Fu said that after Zhang was sentenced, his elderly parents received threats and were harassed, his daughter’s car was kept by police and Nanle officials mobilised different government agencies to write to the court to ask for a longer sentence.

Fu said Zhang’s daughter, Zhang Huixin; her husband, Sun Zhulei; and their daughter, Sun Jiexi, were blocked at Beijing’s airport on June 23 from leaving the country by Chinese security officials citing “national security”. Nanle and Henan police officers were also at the airport monitoring them, he said.

Fu then flew to Southeast Asia to activate a network that escorted the three out of China and to the United States. He said US authorities gave the family authoriation to enter the country for one year during which they could decide whether to appeal for asylum on the grounds of religious freedom. [Source]

Zhang Shaojie was arrested last November for his involvement in a dispute with local officials in Nanle, Henan over land for a new Three-Self Patriotic Movement church at which he was a pastor. The Three-Self Patriotic Movement is the only Protestant church sanctioned by Beijing. Many churches and crosses have been demolished in China recently, and an internal government document discussed the further regulation of “overly popular” religious activity.