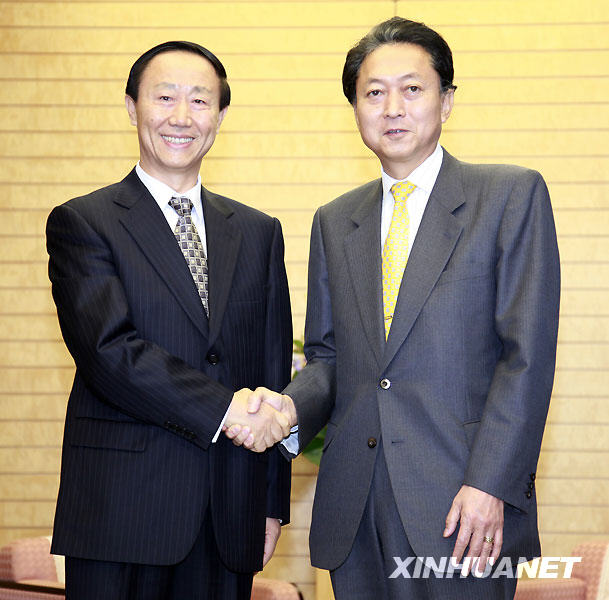 After being denied re-entry to China eight times, Feng Zhenghu lived in Tokyo’s Narita Airport for 92 days in 2009-2010. Now Feng is telling the story of his airport odyssey on his blog, and CDT is translating his account. This is the sixth installment. Read previous installments here:

I had already been camped out on the bench outside the window of the office of the immigration checkpoint for five days and four nights now, without food, and only a couple of mouthfuls of water to slake my thirst. My stomach slowly shriveled up, and my desire to eat gradually disappeared. My head was muddled but my mind was clear, and I no longer felt any hunger pains. I just sat quietly on the bench, like a Buddhist who has achieved nirvana. My protest was a silent one.

Around 2:15 in the afternoon, I was sitting on the bench with my eyes closed when a Chinese government delegation walked past, only a single step away from me. These high officials could clearly see my attention-grabbing protest T-shirt, with its black characters on a white background, which I had draped on the bench to my right, and the tank top with “injustice” and “repatriation refugee” written in large characters, which covered my small suitcase to my left.

Suddenly, I opened my eyes and saw someone very familiar in the group now four or five steps away from me. I got up, went over, and shouted, “Wang Jiarui!” Wang Jiarui immediately stopped and turned his head. There were only two or three steps between us. I pointed at the undershirt draped over the bench with protest slogans written on it, saying, “Look, I’ve been barred from reentering the country, so I’ve been living here. Will you please tell the embassy?” Escorted by his fellow officials, Wang Jiarui took a few steps and entered the diplomatic channel. At that time I could have treated them as high officials in the Chinese government, blocking their way to lodge my complaint, but I didn’t do this. I was unwilling to embarrass my old classmate.

Luckily, a member of the delegation was stopped by Japanese immigration officers because she didn’t have a diplomatic passport. She had to go through the foreign nationals channel after filling out an exit card. The place to fill out the card just happened to be my temporary residence. She looked to be around 40 or 50 years old. Having just seen me greet Wang, she asked me, “Do you know each other?” I replied, “Yes, we were classmates at Fudan University. We had the same advisor. Look, eight times the Shanghai authorities have refused to let me re-enter China, so I’m stuck here. Please help me by passing on a couple of documents to him, okay?” “Okay,” she said. While she continued to fill out her card, I took out three documents and presented them to her. She took them.

Perhaps this was divine plan. I’m sitting in protest at the entrance to Japan, calling upon the Chinese government to pay attention to Chinese citizens’ right of return, and the first official from the Chinese government to appear turns out to be my old classmate. Wang Jiarui is the head of the International Department of the Central Committee of the CCP, and on this trip was leading a delegation to Japan. He might not have had the time to concern himself with my right of return, but the members of his delegation all saw it with their own eyes: a prominent Chinese intellectual forced to become an international petitioner by the Shanghai authorities, exhibiting his sorrow for innumerable travelers coming from countries around the world to Japan every day. For a Chinese citizen to be unable to return home, this is also a sorrow for China. In end, these rights-violating Shanghai power brokers made the Chinese government cover its own shame.

That afternoon around 5:00, I was standing near the bench I usually occupied, chatting with the Japanese immigration officials about the Chinese delegation I had met earlier. Suddenly, a Chinese traveler came looking for me. “Are you Feng Zhenghu?” I said, “Yes, I am.” He cheerfully handed me a bag of food, telling me that he had just flown over from Shanghai on Air China. Right before boarding, the lawyer Yang Shaogang asked him to buy some food for Mr. Feng at the airport, exhorting him to deliver it. Once he understood the situation, he was happy to help.

On November 11, the Japanese prime minister and head of the Democratic Party of Japan (DJP), Hatoyama Yukio met with Wang Jiarui in the prime minister’s official residence in Tokyo. Wang was leading a delegation in the third interparty exchange between the CCP and DJP. [Chinese]