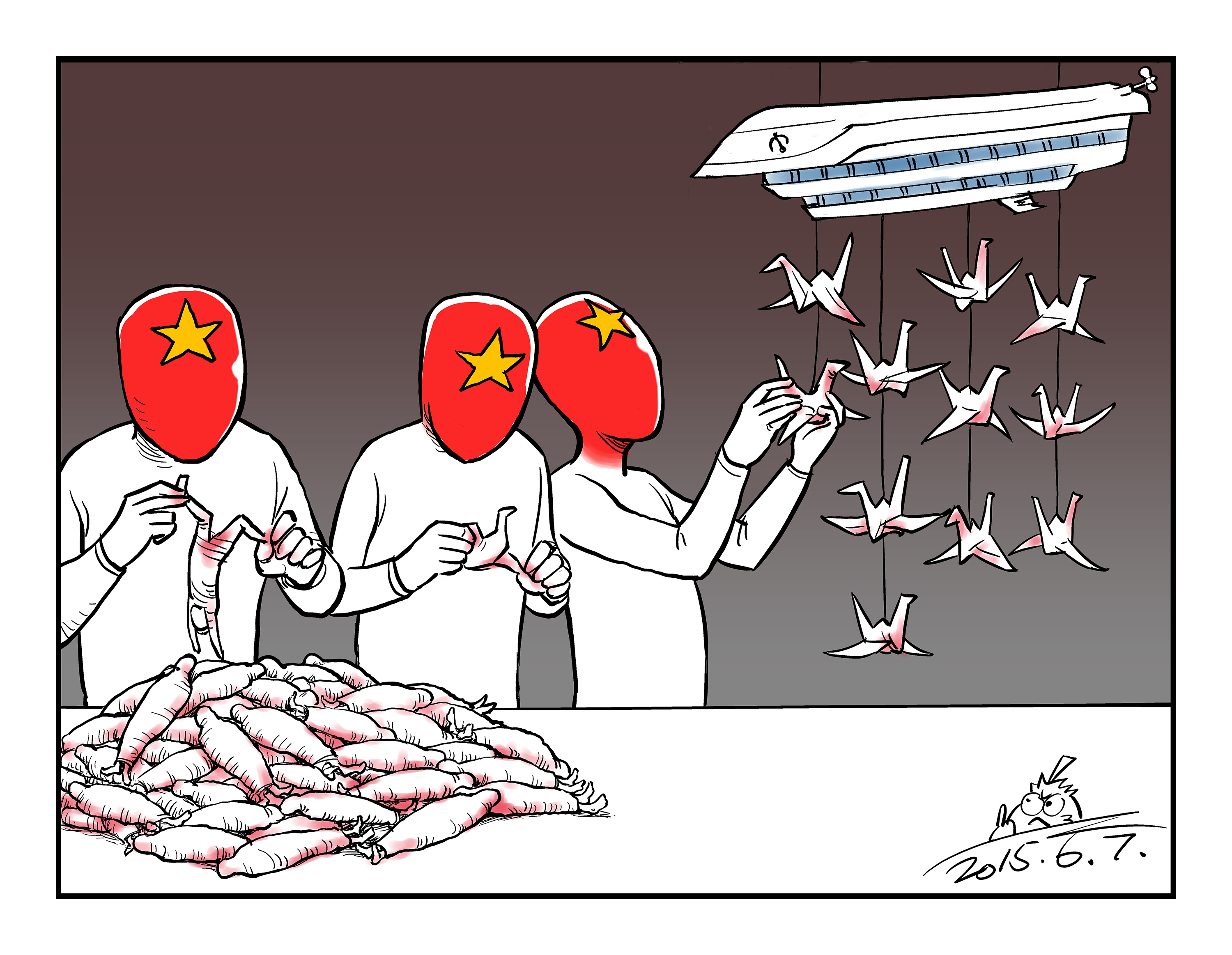 Eight days after the Oriental Star cruise ship capsized in the Yangtze River, there are only 14 known survivors. Another body was recovered yesterday, bringing the death toll to 432. Most of the passengers were in their 50s to 80s, some sent on the trip as a gift by their now-bereaved adult children. While photos of anguished family members have circulated in the foreign media, Chinese reporters have been forced to stay in line with official state media.

In this cartoon by Rebel Pepper, three giants whose faceless heads are swaddled in the red sky and yellow stars of communism fold the bodies of victims into cranes, which they then hang from the capsized ship. In Japanese folk belief, a person can be granted a wish if they fold 1,000 paper cranes. This legend became a worldwide symbol of hope and peace through the story of Sadako Sasaki, a girl from Hiroshima who tried to fold enough cranes to grant her wish to stay alive before leukemia claimed her. Rebel Pepper has been living in self-imposed exile in Japan since last summer, afraid to return to China because of political persecution.