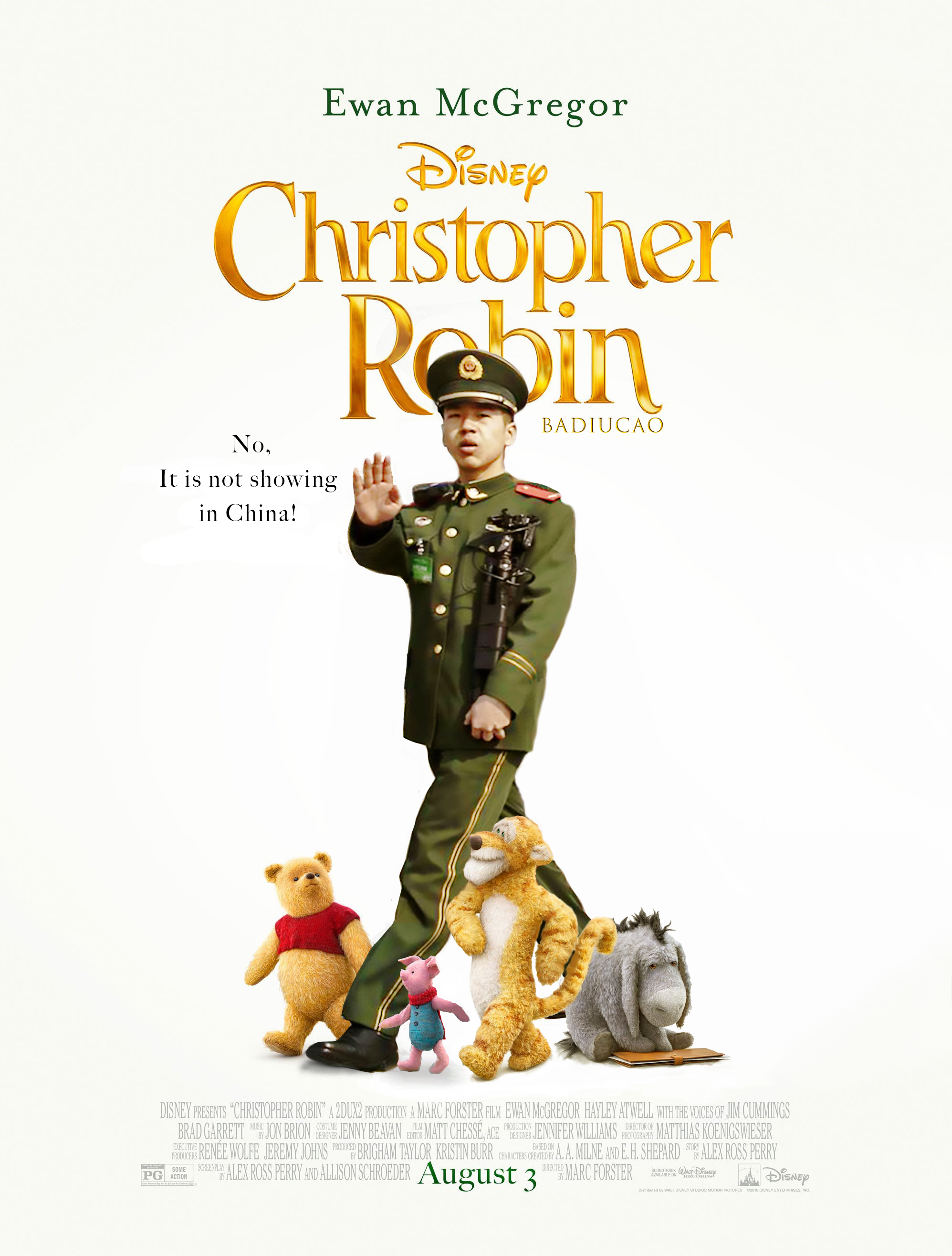 Disney’s “Christopher Robin,” a new movie in which a grown-up title character reencounters his childhood friend Winnie-the-Pooh, won’t be showing in China, according to a report last week from The Hollywood Reporter. The precise reasoning for China’s film authorities’ blocking the movie is unknown: only 34 foreign films are allowed to be imported each year under China’s current quota; commercial reasons are sometimes suspect for the blocking of a foreign film, as is violent or lewd content; and overt political sensitivities also can be blamed for the banning of both foreign and domestic films. While a new film about the lovable, widely popular, and apolitical anthropomorphic teddy bear doesn’t immediately check any of the above boxes, long-running comparisons of President Xi Jinping to Pooh Bear—and equally sustaining sensitivities in Beijing about this comparison—may be at play. At The Guardian, Benjamin Haas recalls the history of the tense relationship between Xi and the “silly old bear”:

The Winnie the Pooh character has become a lighthearted way for people across China to mock their president, Xi Jinping, but it seems the government doesn’t find the joke very funny.

It started when Xi visited the US in 2013, and an image of Xi and then president Barack Obama walking together spurred comparisons to Winnie – a portly Xi – walking with Tigger, a lanky Obama.

Xi was again compared to the fictional bear in 2014 during a meeting with Japan’s prime minister, Shinzo Abe, who took on the part of the pessimistic, gloomy donkey, Eeyore.

[…] Another comparison between Xi and Winnie during a military parade in 2015 became that year’s most censored image, according to Global Risk Insights. The firm said the Chinese government viewed the meme as “a serious effort to undermine the dignity of the presidential office and Xi himself”.

“Authoritarian regimes are often touchy, yet the backlash is confusing since the government is effectively squashing an potential positive, and organic, public image campaign for Xi,” the report said at the time. “Beijing’s reaction is doubly odd given the fact that Xi has made substantial efforts to create a cult of personality showing him as a benevolent ruler.” [Source]

Why have #China’s censors banned the new #WinnieThePooh film? Take your guess. But probably it’s because they don’t like comparisons between the bear and President Xi. pic.twitter.com/uMtvnywGvG

Comparisons between Xi and Pooh have frequently resurfaced—and been censored—surrounding high-profile political events such as the removal of presidential term limits last March:

In June, after John Oliver roasted Xi’s policies in his HBO series “Last Week Tonight”—highlighting the ongoing censorship of sensitive Pooh memes: “Clamping down on Winnie-the-Pooh comparisons doesn’t exactly project strength. It suggests a weird insecurity”—his name and that of his show were censored in China.

CDT resident cartoonist Badiucao has worked up a mock promotional poster for the new film’s non-release in China: 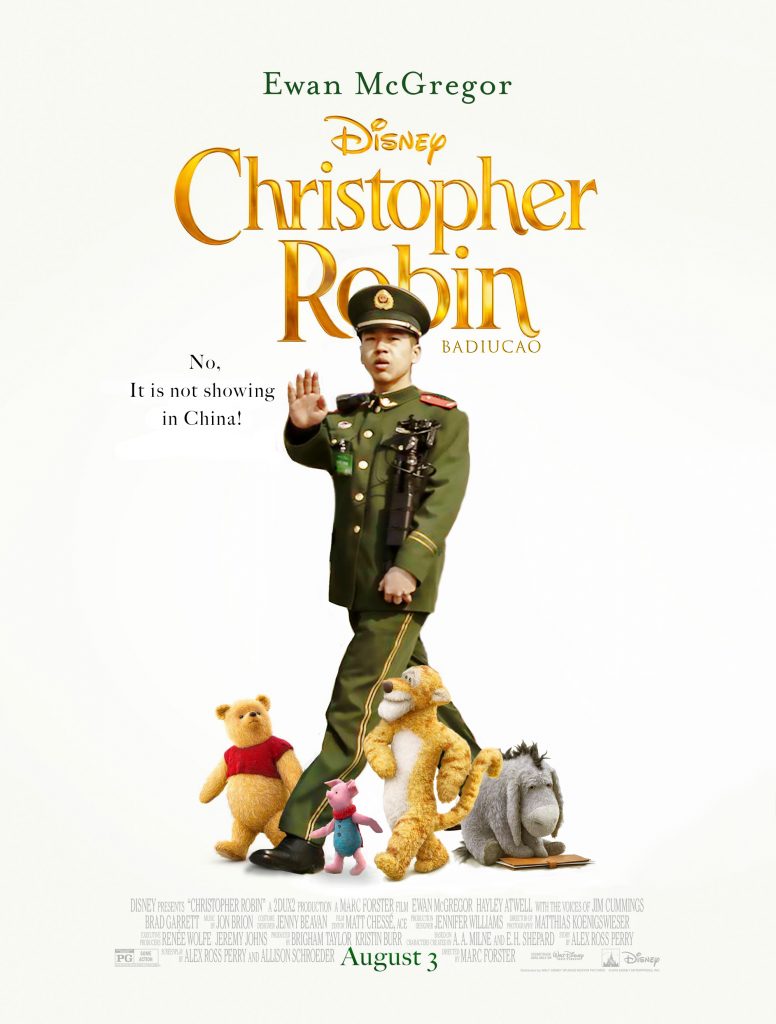 Badiucao has previously featured Xi’s hatred for Winnie-the-Pooh in his work.

In a post at What’s on Weibo, Manya Koetse is clear to highlight the fact that there is no all-out ban on the animated (and now CGI) teddy bear, and to note the other reasons that could explain a red-light for “Christopher Robin” in China:

But to what extent are these allegations [of a nationwide banning of Winnie] true? There seem to be some misconceptions in many media about the scope of censorship on Winnie, and the release of non-Chinese films in mainland China.

[…] Winnie the Pooh is not banned from China, neither online nor offline. The bear is quite popular, just as in many other countries, and people walk around wearing Pooh t-shirts and accessories in Chinese cities every day.

[…] With many netizens and various state media (including China Global Television Network) posting about the release of Christopher Robin on Weibo and beyond, it is unlikely that political sensitivity over Winnie is the (only) reason why the film will not be shown in Chinese cinemas this summer. [Source]

Manya Koetse also described the memetic and subversive history of Pooh in Xi’s China in a brief interview with BBC news, where she also provided nuance on the many potential explanations for the lack of a Chinese debut of “Christopher Robin”: