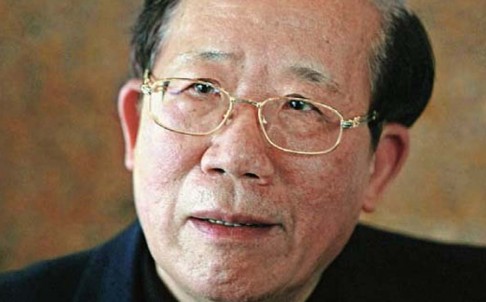 “To be frank, some leaders in the party’s propaganda department were managing the press like how they would manage a train schedule, directly intervening in the approach and procedure of news reporting. Some propaganda chiefs … even give out orders just as if they were the chief editors of a newspapers,” Zhou said in the article published on Tuesday. [CDT publishes leaked instructions illustrating this process in its Directives from the Ministry of Truth series.]

[…] “Intervening with violent [state] apparatus at the slightest provocation, asking public media to act as the judicature, and taking down websites, deleting posts and blocking [accounts] heavy-handedly – these kind of overcorrection practises are obviously wrong and run counter to the current trend of governing by law,” he lamented.

“In a phase of social transition, it is normal that there are different views and discussions in the field of ideology, that the public air their own opinions on deepening reforms. They can only be guided, but not repressed,” he wrote.

“Citizens’ freedom of speech, as guaranteed by the constitution, should be protected,” he said, adding the era of uniform public opinion in China was in the past. [Source]

Xinhua, meanwhile, announced plans from the Ministry of Culture for a new blacklist of “harmful cultural products”:

The blacklist will target content such as pornography and details will be published on the ministry website and through mass media.

[…] Those involved in production and distribution of blacklisted products will face tighter scrutiny upon the review of their business applications.

As a demonstration, the ministry produced a blacklist of 38 online animations and 120 songs from last year. [Source]

The new blacklist’s announcement coincides with reports of a campaign to confiscate Dalai Lama portraits from shopkeepers in a prefecture of Sichuan Province. From Chen Heying at Global Times:

“It is a regular campaign held before the Spring Festival to crack down on pornography and illegal publications, which include portraits of the Dalai Lama,” Gou Yadong, director for external publicity at the publicity department in Garze Tibetan Autonomous Prefecture, told the Global Times on Tuesday.

[…] As a political figure who orchestrated separatist activities, it is inappropriate to display the Dalai Lama’s photos in public venues, Lian Xiangmin, an expert at the China Tibetology Research Center in Beijing, told the Global Times.

People were more than welcome to hang pictures of the country’s past and present leaders, Gou said. [Source]