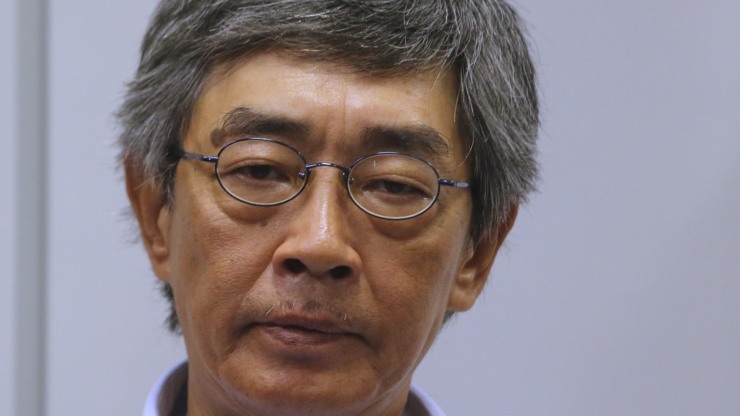 When Hong Kong bookseller Lam Wing-kee returned to Hong Kong following eight months of detention in China for illegally selling books there, he made a surprise move by refusing to return to China under the terms of his parole. Instead, he gave a press conference to Hong Kong media in which he recounted details of his time in detention, and declared that his publicized confession had been forced and that he had not committed any crime. Chinese authorities have now demanded that Lam return to the mainland and have prepared a video purported to show Lam’s crimes. Austin Ramzy at The New York Times reports:

Rimsky Yuen, Hong Kong’s secretary for justice, and Lai Tung-kwok, the secretary for security, traveled to Beijing for meetings on Tuesday with Guo Shengkun, the Chinese minister of public security, about the booksellers’ case and the mechanism for informing Hong Kong about the detention of residents in the mainland.

The Beijing authorities said that Mr. Lam had admitted that he and others had collected more than 400,000 renminbi, or about $60,000, selling banned books to customers in mainland China, and that he violated the conditions of his parole by not returning there, the Hong Kong public broadcaster RTHK reported. If he does not return, he could face harsher penalties, the mainland authorities said.

Hong Kong does not have an extradition agreement with the mainland. Mr. Lam said during his news conference that he had no plans to return there. [Source]

Lam was one of five people associated with the Causeway Bay Bookstore and its owner Mighty Current Publishing House who were detained in China last fall. The meeting between Yuen, Lai, and other Hong Kong officials with their Chinese counterparts was intended to clarify the procedures by which the Hong Kong government is informed about the mainland detention of the city’s residents. From Kris Cheng at Hong Kong Free Press, reporting before the meeting took place on Tuesday:

The central government in Beijing agreed to begin talks last week to review the decade-old mechanism, under which the Hong Kong authorities should be notified by their Guangdong Province counterparts within 14 days when a Hongkonger is detained on the mainland, and vice versa. But the Hong Kong government only received notification months after Lam’s detention.

On July 1, Lam pulled out of leading the annual pro-democracy demonstration marking the anniversary of the transfer of Hong Kong from British to Chinese rule. Lam cited safety concerns, saying he felt threatened after being followed by strangers in the preceding days. In recent years, a few journalists and others who are critical of Beijing have been targeted for violent attack in Hong Kong, including most prominently Kevin Lau, the former editor of Ming Pao, who was brutally attacked in February 2014.

The case of Lam and his colleagues has also raised concerns over the Chinese government’s willingness to cross borders in order to detain its critics. Lee Bo, a publisher and associate of Lam’s, was allegedly brought to mainland China after being detained by Chinese officials in Hong Kong, though Lee later denied this account. Of the five booksellers and publishers who were detained in China, one, Swedish citizen Gui Minhai, is still in detention while the other four have been released. The others who have been released have cast doubt on Lam’s account of his detention. Lam himself said that the reason he was willing to go public with details of his detention is because he is the only one of the five who does not have family in China, and so has less to risk.

Read more about the detention of Lam and his colleagues, via CDT.