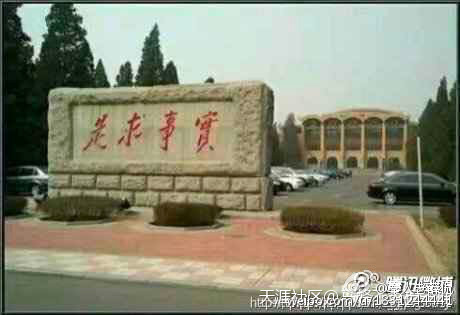 CDT Chinese’s latest roundup of deleted posts from Sina Weibo includes one mocking the Central Party School and the Maoist call to “Seek Truth From Facts.” Its irreverent tone clashes with Xi Jinping’s repeated calls for ideological orthodoxy and faithfulness to Mao’s legacy.

Qinrenlaoxuekan (@秦人老薛侃): At the front gate of the Central Party School, there’s a great stone engraved with the four characters, “Seek Truth From Facts.” To get through the gate, students have to walk around it. Someone came up with this rhyme:

Zhengzhoufanqiang (@郑州范强): Thanks to this rhyme, they’ll move the rock behind the main building. Then, people will add: “No more sign of Seeking Truth From Facts.” (October 15, 2016) [Chinese]