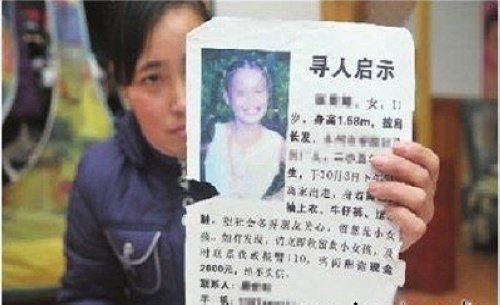 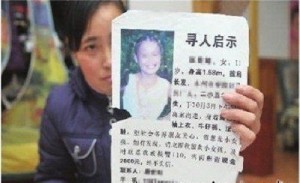 Tang Hui, whose daughter was raped and beaten for three months in 2006, is in a re-education through labor camp.

The mother of a rape victim in Hunan Province has been sent to a re-education through labor camp for “disruption of social order.” Tang Hui’s 11-year-old daughter went missing for three months in 2006. Tang eventually found her daughter being prostituted in a local spa, the victim of repeated beatings and rape. In 2008, two suspects in the abduction were sentenced to death, two others to life in prison. Another two defendants were charged with rape and given jail terms. Unhappy with the verdict and fighting the defendants’ appeals, Tang wrangled with the courts until this June, when the sentences were strengthened to two death penalties, four life imprisonments and one 15-year term for another defendent. But Tang, who had blocked traffic in front of the court and slept in its hallways, was given 18 months of hard labor for being a nuisance.

Netizens have been up in arms about Tang’s fate. Under the re-education through labor system, established in the 1950s, suspects can be detained and sent to the camps without a trial or conviction. On Weibo, over 11,600 survey participants have voted for the system to be abolished. The survey compares labor re-education to the defunct custody and repatriation system, a policy upheld from 1982 to 2003 under which Chinese citizens found without a hukou (household registration) or permit for their place of residence could be detained and sent back home.

Weibo survey on re-education through labor. It reads, “Labor re-education is a form of punishment administered according to the relevant laws and regulations of the State Council. Under the system, public security organs do not need a trial to convict someone of a crime and may immediately put the criminal suspect into a re-education labor camp for up to four years, where (s)he is subjected to restrictions on his/her personal liberties, forced labor and ideological education. Many scholars believe the system had a positive effect during a specific moment in Chinese history, but that it is no longer suitable. The system has therefore come under increased scrutiny. The situation became even more prominent after the abolition of the custody and repatriation system.” Over 97% of respondents believe “re-education through labor must be abolished immediately,” while almost 3% think “the system is good and practical” and “should not be abolished.”

Prominent voices have come out against labor re-education in the past few days, most notably the author Murong Xuecun. “Tang’s case shows barbarism and inaction of the law enforcement agencies, but also the darkness and cruelty of the labor re-education system,” he writes. “If labor re-education is not abolished, citizens will never be secure” (Tea Leaf Nation). Sadly, the anger made so visible on Weibo has been simmering for years. In late 2009, legal scholars circulated a “Citizens’ Petition to Abolish Labor Re-education” (关于废除劳动教养制度的公民建议). Economist Mao Yushi, lawyer Jiang Ping and 67 other public intellectuals signed the document, which recommended the National People’s Congress investigate the constitutionality of the practice. A separate petition written in the summer of 2010 garnered over 1000 signatures May 2011 [zh]. Clearly, these efforts bore no fruit.

Weibo changes the equation. The outrage on display there has fed into the decision to investigate Tang’s case, a development reported in the People’s Daily. The government mouthpiece also written a shockingly progressive Weibo post of its own, saying “a country’s greatness cannot be solely supported by GDP and Olympic gold medals, but should encompass people’s rights and dignity, social fairness and justice” (WSJ). Netizens have applauded the People’s Daily for “serving the people” at last. But even if public pressure wins Tang her freedom, it remains to be seen if the re-education through labor system itself will remain intact. Weibo has brought justice to individual cases like Tang’s, but has failed to affect systemic change.