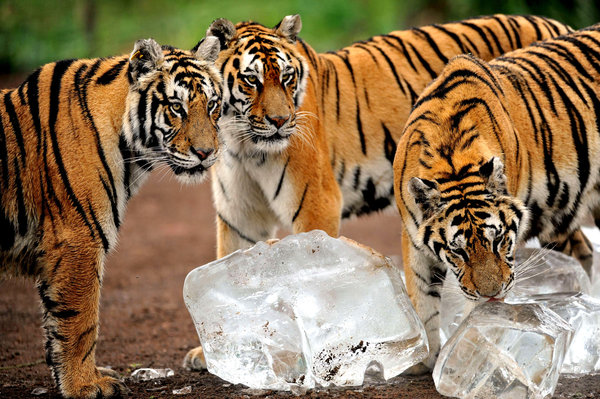 Once nearly extinct in China, the Siberian tiger is making a comeback. The population of Siberian tigers is believed to have doubled in the past ten years. Experts credit the turnaround to government-led campaigns and traditional respect for tigers. From
Barbara Demick at the Los Angeles Times:

The Chinese government also has sought to improve the public’s attitude toward tigers by compensating farmers for pilfered livestock. Liu, for example, expects to receive about $500 for the young bull killed in June. Chinese newspapers now contain a multitude of articles about tiger attacks on farms, further raising awareness.

[…] A 2010 report in the journal of the Yale School of Forestry & Environmental Studies compared China’s preservation efforts favorably with India’s and ventured that China might even earn the right to claim it “saved the tiger.”

[…] Li, the tiger expert, says attacks are relatively rare here because of Chinese respect for the tiger, revered by many as a mountain god.

“There is a superstition here that a tiger will only attack you if you do something bad,” Li said. “Sometimes when people encounter a tiger, they don’t run, they just kneel and pray.” [Source]

See more on animal protection in China via CDT.