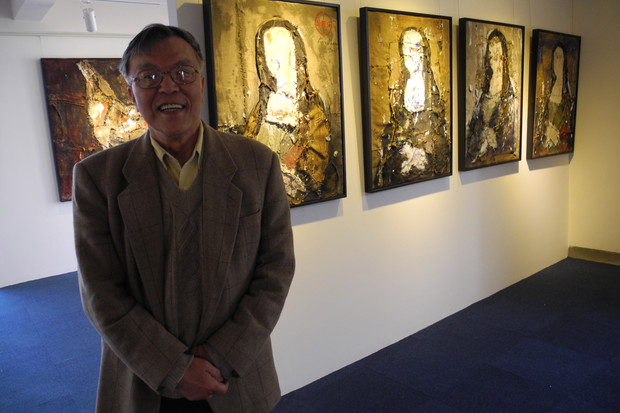 At The New York Times’ ArtBeat, David Barboza reports that a nine-character calligraphy scroll purportedly by the Song Dynasty poet Su Shi has been declared a fake. The allegations threaten to dent the credibility of auction house Sotheby’s as it moves in on the Chinese market.

Sotheby’s put the work up for auction in New York last September, expecting it to fetch up to $500,000. After fierce bidding it was acquired for $8.2 million by a wealthy Shanghai businessman and collector, Liu Yiqian.

But just months before it was to go on display at Mr. Liu’s private museum here in Shanghai, three art historians have declared the work a forgery, probably produced in the 19th century using an old method for copying and retracing art works.

[…] China’s tradition of copying old works to preserve them but also to learn traditional techniques goes back centuries and makes it difficult even for leading scholars to determine the authenticity of a piece. [Source]

In October, the Times published an in-depth feature on forgery in China’s art world, while The Telegraph reported that the owner of a museum found to have housed thousands of fakes had died of anger. Last week, meanwhile, Bloomberg talked to Chinese-born painter Pei-Shen Qian, who is currently embroiled in a multi-million dollar forgery scandal in New York after painting dozens of works in the styles of famous artists:

“The FBI said they were done by the hands of a genius,” he said on a recent morning in Shanghai. “Well, that’s me. How strange it feels!”

In his first interview for the Western media, Qian, 73, insisted on his innocence, outlining in his soft Shanghai accent a classic immigrant’s tale that took an odd twist. He made artworks that resembled those of Jackson Pollock, Mark Rothko, and others, yes, but he never intended to pass them off as those artists’ work for profit. Sitting in a gallery of his own works, Qian said: “I made a knife to cut fruit. But if others use it to kill, blaming me is unfair.”

[…] The scandal in New York is “a very big misunderstanding,” Qian said, incredulous that anyone would have considered his imitations to be the genuine work of masters. “Nobody would take them seriously,” he said. “It’s impossible to imitate them — from the papers to the paints to the composition. It’s impossible to do it exactly.” [Source]

See more on Qian’s story via The New York Times.