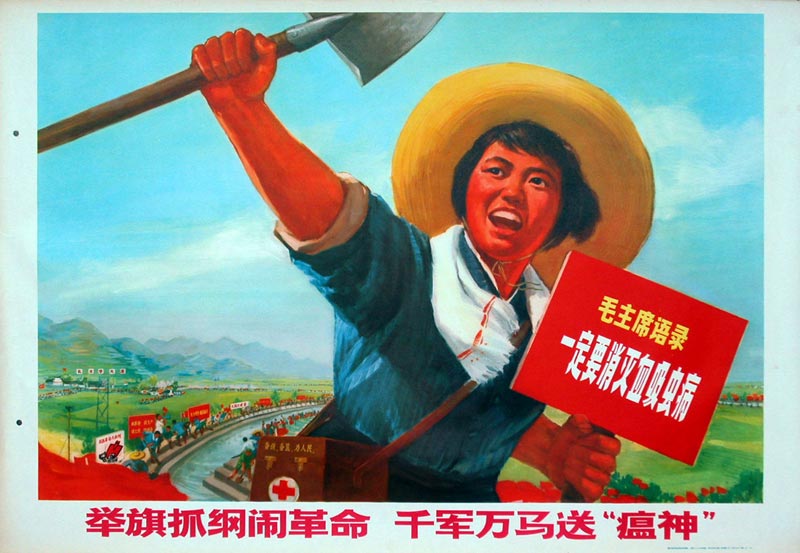 Update: The play on words in the blocked keyword “Liu Yunshan” is now explained.

As of September 18, 2014, the following search terms were blocked on Sina Weibo (not including the “search for user” function).

Sending Away the Plague God

“Send away the plague god” (送瘟神 sòng wēnshén) is a figure of speech usually referring to getting rid of something undesirable. The idiom is blocked not because of its actual meaning, but because netizens use this phrase to refer to Wen Jiabao. The second character, 瘟 wēn, has the same pronunciation as 温 Wēn.

Sina blogger 亮剑出山 noticed in 2013 that his/her posts on Sohu Weibo containing “send off the plague god” were being deleted, resulting in a political twist on the Scunthorpe Problem:

Over the past few days, I posted clips from the TV drama Sending Away the Plague God [Chinese] to Sohu Weibo. I posted three weibo, and all three were deleted. Netizens who post Mao Zedong’s poem “Sending Away the Plague God” also have their weibo deleted by Sohu. This baffled me. I racked my brains and finally realized the reason why Sohu deleted all these posts. Among these three characters is one that is homophonous with the name of a certain leader. This truly is a literary inquisition. What’s the Sohu webmaster going to do next, ban the TV drama?

Musician Yu Haochen released “The Prisoners’ Song” (囚歌) on September 11. The music video shows photos of rights activists currently imprisoned, such as lawyer Chang Boyong, who was reportedly arrested in May after holding a memorial for reformist leaders Hu Yaobang and Zhao Ziyang earlier in the year.

Deng Zhuodi, a graduate of the Duke University law school, became deputy county chief of Pingguo, Guangxi last year. Searches for his name have been blocked before. See the August 21, 2014 and May 9, 2013 editions of Sensitive Words.

The Army’s Most Beloved