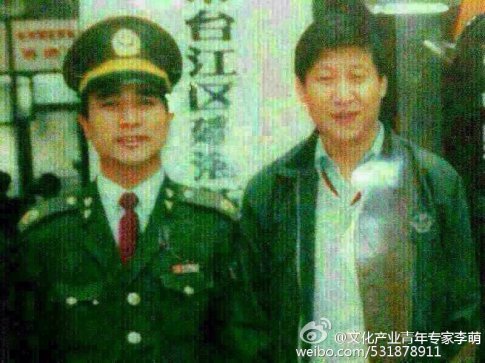 Ahead of the long-awaited announcement of former security czar Zhou Yongkang’s official indictment, Xi Jinping oversaw a reshuffling of local, state, and Party security agencies, amid which several of his close associates have been promoted or reassigned to key positions. 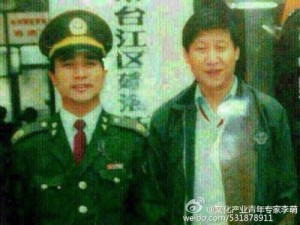 Last week, the South China Morning Post reported that Wang Xiaohong would become the head of Beijing’s Public Security Bureau (and hence Beijing’s police chief). Wang served the vast majority of his police career in Fujian, where Xi Jinping held official posts between 1985 and 2002. On Weibo, the combination Xi + Wang Xiaohong (习＋王小洪) is now unsearchable, as is the term Commander of the Nine Gates (九门提督). During the Qing Dynasty, this was the title of the military official responsible for security within the nine gates of Beijing’s historic city wall. Netizens often use Qing Dynasty titles to discuss current sensitive individuals.

Wang will be replacing Fu Zhenghua as the capital’s chief of police, who has been concurrently serving as a deputy minister of state security. Days after the South China Morning Post covered Wang’s new position in Beijing, they reported on Fu Zhenghua’s promotion up the chain of command—from fifth to third—in the Ministry of Public Security. Fu Zhenghua has reportedly been heading a special police unit responsible for the investigation into Zhou Yongkang. Fu Zhenghua (傅政华) remains blocked from Weibo search results, and the alternate spelling Fu Zhenghua (傅正华) is also now sensitive. The two near homophonous spellings of his name Fu Zhenhua (傅振华) and Fu Zhenhua (傅震华)—which both literally translate to “Fu shake China”—are also now unsearchable.

Earlier this month, the South China Morning Post reported that Xi had replaced the head of the CCP Central Security Bureau—the military bureau in charge of ensuring the safety of top government and Party officials—under the headline “Is Xi Jinping Protecting Himself From an Internal Threat?” A combined search for Central Security Bureau + surrender (中央警卫局＋缴械) is now forbidden on Weibo. The bureau was once overseen by former Hu Jintao aide Ling Jihua, who himself is now the subject of a graft investigation.

Also blocked from Weibo search results are Xi Jinping era (习近平时代) and Jinping + power struggle (近平＋权力斗争). Amid the investigation of Zhou Yongkang and the overarching crackdown on Party corruption of which it was a part, there has been frequent suspicion that the primary aim of the graft crusade may be the eradication of obstacles to Xi Jinping’s power.