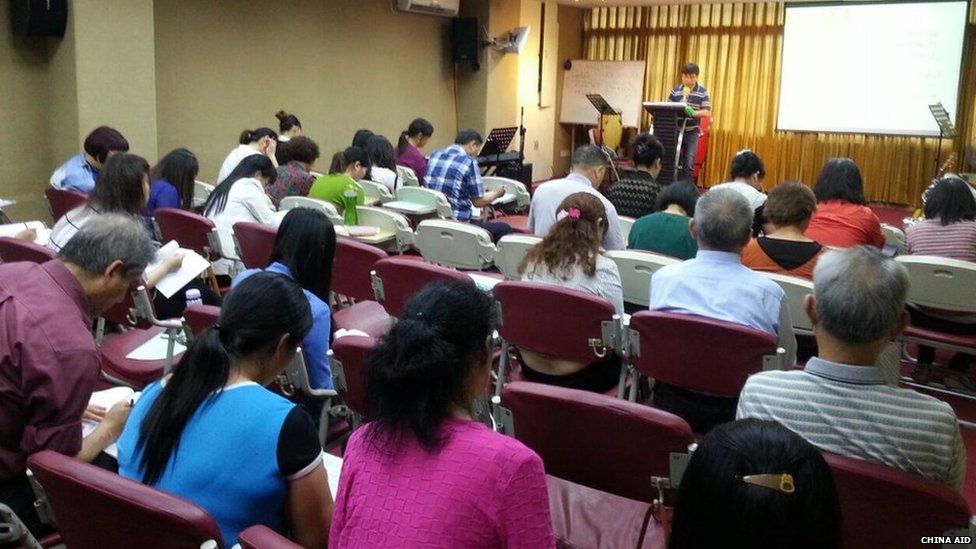 On July 1, Hong Kong-based Lutheran pastor Philip Woo was called to the religious affairs bureau in Shenzhen for his role in organizing training gatherings for mainland church leaders. Woo’s summons to Shenzhen came on the same day that China enacted a controversial new state security law, which worried many in Hong Kong for language it contained holding the semi-autonomous special administrative region responsible for China’s national security. The BBC’s Juliana Liu reports:

“I was surprised to get the call,” says the 63-year-old. “I had been verbally warned before. Thatwas expected. But this is different. I’m now afraid for my safety when I’m in China.”

[…] At the meeting, the pastor was accused of breaking Chinese law by advertising religious courses to mainlanders on his ministry’s Hong Kong-based website.

He was also verbally instructed to stop preaching to mainland students in Hong Kong.

Although Mr Woo believes he broke no law in the special administrative region, where residents can worship freely, he agreed to sign an official document acknowledging his guilt, in order to protect colleagues who live in China full-time.

[…] “This is very, very unusual,” says [Bob Fu,] the China-born Christian pastor. “This is the first time I have ever heard of a Chinese religious authority issuing a letter, with a stamp, to a church leader in Hong Kong.”

“It is an escalation of mainland China’s assertiveness over Hong Kong activists. It certainly sets a dangerous precedent.” […] [Source]

Up the coast In Zhejiang Province, officials were last year accused of engaging in a regional crackdown on Christianity after a series of demolitions and cross removals at officially-sanctioned churches (as opposed to the unregistered “house churches” mentioned above). While a leaked document last May revealed the regulation of “overly popular” forms of worship to be a provincial policy goal, local authorities have denied allegations of a campaign against Christianity in Wenzhou, a historically Christian region of Zhejiang. An update on the situation in Wenzhou from The Economist notes that provincial religious authorities have castigated local officials for the demolitions:

[…T]his month the provincial branches of the Catholic Patriotic Association and the Protestant Christian Council—two of the government bodies that administer the official churches allowed in China—each issued an open letter to provincial officials condemning the demolitions.

The letters accuse the party of violating its own commitment to the rule of law. They add that the incidents have damaged the Communist Party’s image at home and abroad. It is, says Yang Fenggang of Purdue University in Indiana, the first time that leaders of official churches have come out openly on the side of ordinary believers against the Communist Party.

[…] Zhejiang’s party chief is known for his hostility to Christianity. But Christians wonder whether the onslaught against their churches, which began in earnest in 2014, with a new wave this year, is being directed from Beijing. Xi Jinping, the Communist Party’s general secretary, visited the province in May. “I think it is hard to imagine that this second wave is happening without his approval,” says Mr Yang. A centrally directed campaign would be in step with other attacks on civil society around the country. In recent weeks several hundred human-rights lawyers and other activists have been rounded up [see prior coverage, via CDT].

Mr Xi is well aware of churches’ role in the fall of Communism in Eastern Europe. The Presbyterians also played a part in Taiwan’s democratisation. In May Mr Xi warned that religion in China should be “independent of foreign influence”. He has also reiterated that party members must not be religious believers. The issue of religious freedom is complicated by the fact that Islam and Buddhism are closely linked to two ethnic minorities, the Uighurs and the Tibetans, with restive tendencies and resentment over Han rule. […] [Source]

Last April the State Administration for Religious Affairs announced that it will “continue to promote the development of Christianity […] in a way compatible with the country’s path of socialism.”