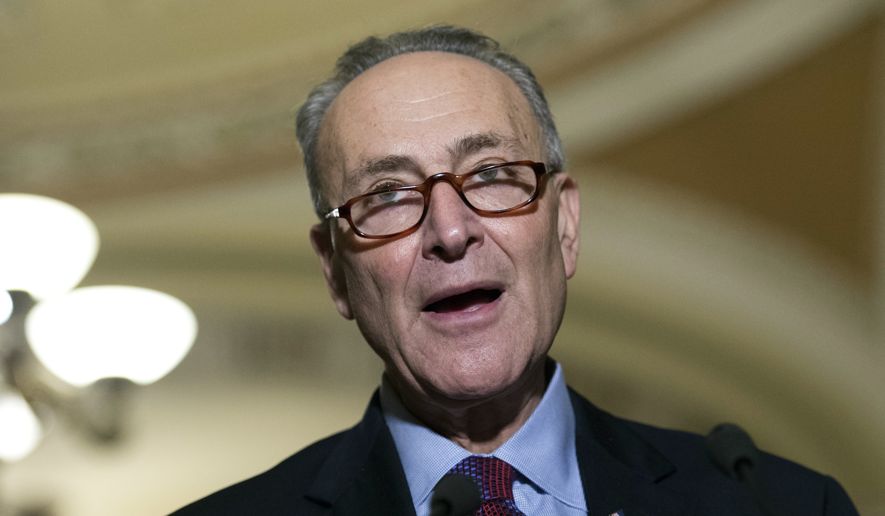 Chinese commercial property developer and entertainment conglomerate Dalian Wanda Group has in recent years set its sights on expanding into the international entertainment industry, and its plans to invest in billions into all six major Hollywood film studios has raised concerns in the U.S. Senate Minority Leader Chuck Schumer has now penned a letter to U.S. treasury and trade officials voicing concern over pending deals for Beijing-linked companies to purchase U.S. entertainment firms. At The Wall Street Journal, Erich Schwartzel and Siobhan Hughes highlight how the Democratic senator’s letter, along with the China and trade-focused campaign rhetoric of U.S. President-elect Donald Trump—who also received a copy of the letter—may signal a major upcoming shift in Washington’s China policy:

“I am concerned that these acquisitions reflect the strategic goals of China’s government,” he told Treasury Secretary Jack Lew and U.S. Trade Representative Michael Froman in the letter, a copy of which was seen by The Wall Street Journal.

[…] Wanda and its U.S.-based holdings have completed several entertainment acquisitions this year, and the conglomerate has a pending deal to buy Dick Clark Productions for $1 billion.

[…] Now, a senior Democratic lawmaker and the incoming Republican U.S. president could be on the same side of the issue, potentially shaking up the landscape. Congressional backlash to foreign investments have lately focused on flashy Hollywood deals, but the outcry could have sweeping ramifications across other sectors of the economy, and produce a chilling effect for overseas investors.

[…] Mr. Schumer said the ability for Chinese companies to take a majority stake in U.S. assets, often backed by state officials and China’s sovereign-wealth funds, is unfair considering stateside companies are handicapped from doing similar deals in China. U.S. companies hoping to do business in China usually have to form a joint venture that often includes the sharing of intellectual property—an arrangement that Mr. Schumer called a “pay to play system.” [Source]

“While China’s government has aggressively pursued policies that encourage strategic acquisition in the U.S., U.S. companies continue to face steep barriers to market access in China.”

The new letter echoes concerns raised earlier this year by lawmakers worried that China could use its investments in Hollywood to further its interests abroad by influencing American “soft-power” institutions in media and entertainment.

[…] Wanda declined to comment on the latest letter but has said recently that it will  “continue to comply with all applicable U.S. laws in connection with its media and entertainment investments in the United States.” At a recent event in Los Angeles, Wang said his ambitions are motivated by business, not politics.

Schumer’s letter, first reported by the Wall Street Journal, highlighted Wanda and other China-Hollywood tie-ups as the most recent example of lopsided overseas business dealings. He decried the restrictions the Chinese government puts on the number of U.S. films shown in mainland theaters (34 foreign movies are allowed in China a year under a revenue-sharing program). Movies also must pass muster with government censors. [Source]

Read more about the increasingly symbiotic relationship between Chinese firms and Hollywood studios, or mounting uncertainty over the future of U.S.-China relations under incoming U.S. president Donald Trump, via CDT.