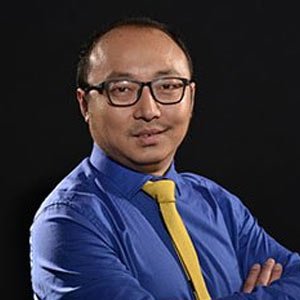 Columnist and pop-psychologist Tang Yinghong employs his wide-ranging knowledge—and his public WeChat account—to analyze a host of social phenomenon in China: the mass appeal of the pollution documentary “Under the Dome,”public “indifference over the switch to a Two-Child Policy,” and foreign fast food companies’ many scandals in China, to name a few. He is a prolific critic of China’s social and political situation.

Tang is a native of Leshan, Sichuan Province, a prefecture-level city and home to the largest Buddha in the world. He studied engineering at Chongqing University, then went on to earn his master’s degree in psychology from Beijing Normal University. He has worked at the National Institute of Education Sciences and in the private sector. The author of several educational texts, Tang is currently on faculty in the School of Education Sciences at Leshan Normal University, as well as a columnist for Tencent’s online magazine Dajia.

A prolific producer of “self-media” (自媒体), Tang brings the perspectives of psychology and history to current affairs. He explains the virality of Chai Jing‘s exposé on air pollution “Under the Dome” as an instance of the “liberating effect of conformity” (also known as behavioral contagion). The patriotic girl band 56 Flowers, Tang writes, exemplifies the power of positive association and the totemization of “innocent young girls,” a practice familiar from the former Soviet Union and Nazi Germany. He calls out the Chinese government’s hypocrisy in combating smog by quoting reports on capitalist-fueled pollution from People’s Daily in 1971. “We will only be able to ameliorate smog by reining in greed,” Tang warns.

Archives of Tang’s public WeChat posts are available from CDT Chinese and chuansong.me.