Translation: $ANHU “Give My VPN Back” Music Video 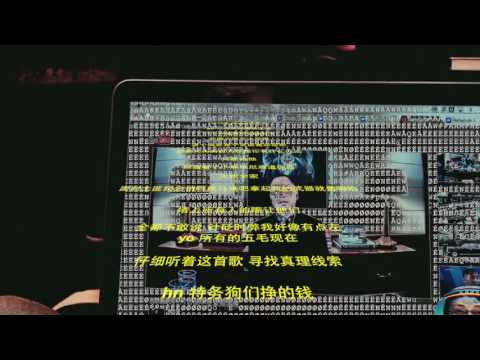 Amateur hip-hop artist and Guo Wengui-follower 楚三户$ANHU (the name Chu Sanhu is derived from the Records of the Grand Historian) has posted a series of hip-hop tracks on YouTube, and CDT has selected three to translate for English-readers. This second video in the series, laden with references to Guo’s allegations of corruption against top CCP officials, is inspired by the Chinese government’s ongoing crackdown on virtual private networks (VPNs)—encrypted portals through the “Great Firewall” used by savvy web-users and businesses to reach the global internet. $ANHU suggests that Beijing’s attempts to rein in VPN usage may have been inspired by the fact that some inside the Great Firewall were exposed to Guo’s claims, despite authorities’ efforts to root out information on him. For contextual notes and links, see the translation posted below:

Hurry up and give my VPN back
Yo, who could Winnie the Pooh offend?
Even a cartoon can get blacklisted
Foreigners hear this and laughingly say: This country’s a joke, a nutcase
But with Big Brother oppressing you
All you can do is obey
Is it really worth risking my whole family to scale the [Great Fire]wall for Winnie
Am I afraid of you bandits? Come at me, I’ll take up my weapons of hip hop
Tape up their mouths, they dare not speak out anymore
Pointing out society’s ills like I’m a bit of a lefty
Yo, all you 50 centers listening closely to this song, following its clues towards truth
The money made by this spying pack of brown-nosed dogs
Is all so dirty that it leaves people destitute and homeless
When their wives and mothers stand before those naked officials
Chu Sanhu calls upon the youth to bravely declare they won’t be blind followers of the Party
Yo, who has Guo the hero offended?
A businessman pursued to the death by the Party
Foreigners hear this and say with a laugh: These thieves of the nation are all fools and freaks
If what Wengui is saying is all bluster
Why are the VPNs dropping like flies?
Why are you so afraid of him?
Is it really worth risking my whole family if I scale the wall for Wengui’s exposés?
Am I afraid of you? Bring it, I’ll cast aside darkness with the truth
Hurry up and give my VPN back
1.4 billion people open fire on the firewall
What could be a greater insult to ‘innate human rights’?
But people dare not speak so candidly
I hear Miss Huang Yan’s [vice minister of housing] got several hundred properties
Secretary [Wang Qishan] why don’t you tell me, does this seem like a lot?
How many female actresses have you spent the night with in Room 1808?
Perhaps you’ve forgotten / About all those hundreds of millions still living on the Loess Plateau
Stop your games / The Chinese people have already lost all confidence in your grand gestures
These poverty alleviation designs are a long-winded mess
Just watch the disciplinary secretary [Wang] commit every crime imaginable
Sooner or later, the Chinese people will bring you to justice!
Yo, our scaling the wall in no way interferes with your sex life
You can still fondle those models on those Boeing 787s
As all your former wives each meet death by “car accident” [Guo has alleged that a mistress of Wang Qishan’s was murdered by Wang in a manner staged to look like a car accident]
And you can keep putting on airs of anti-corruption with your own sick designs
But I hope the people won’t lose all common decency and morality because of you
God will certainly punish all you rotten ones in the Party
To battle corruption you must first be morally sound
What I want to know is who determines the fate of China’s corrupt officials?
If you dare not say, go on Mingjing and watch Wengui speak with [interviewer] Chen Xiaoping
Let all know that battling corruption takes a sharp tongue [Chinese]

For more on Guo Wengui or China’s ongoing VPN crackdown, see prior coverage via CDT. See also CDT’s translation of $ANHU’s song “Where is Daddy?”