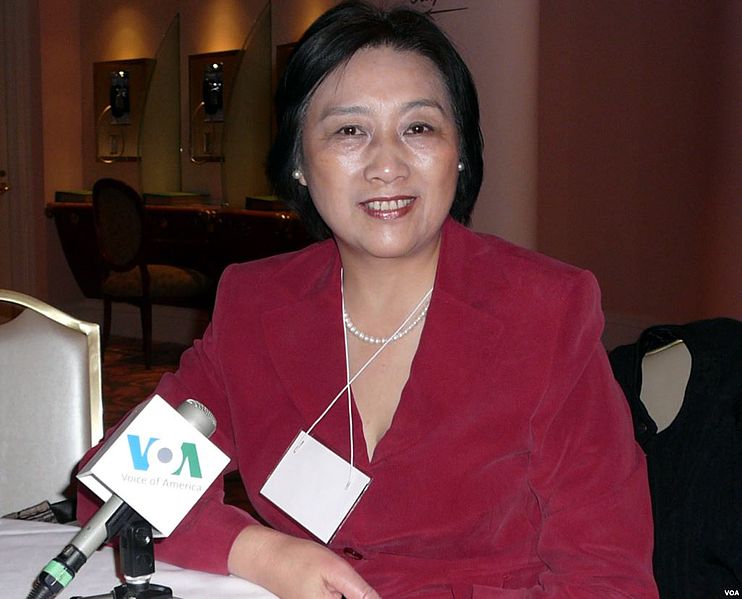 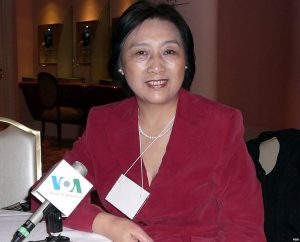 Your sentencing can destroy my health but it can’t destroy my spirit […] I believe China’s history will declare me innocent.

Gao Yu, born in Chongqing on February 23, 1944, is a journalist and dissident who has been repeatedly imprisoned for her writing and for her alleged sharing of state secrets. Since being released from her most recent prison sentence for medical reasons in November 2015, Gao continues to be subjected to heavy surveillance and interference.

At the start of the Cultural Revolution in 1966, Gao was attending Beijing’s Renmin University, where she majored in literary theory. Ding Zilin, a former teacher of Gao’s, told the South China Morning Post of Gao’s risky decision to warn her of Red Guards’ plans to publicly denounce and abuse her, and her subsequent help allowing Ding to flee the city. “Fifty years on, she still has the same character. She hasn’t changed,” Ding told the SCMP in 2015, after Gao’s most recent arrest. Ding would go on to co-found the Tiananmen Mothers group after her teenage son was among the first killed during the government crackdown on pro-democracy protesters in Beijing in June 1989.

Gao began her journalism career in 1979 or 1980 as a reporter for China News Service (中国新闻社), China’s second largest state news agency. Her early role in state media allowed her to make contacts with powerful political elites. As a freelancer, she published widely in Hong Kong, Taiwan, and overseas Chinese outlets, becoming widely known among the Chinese diaspora. In 1988, she became deputy editor-in-chief at Economics Weekly (经济学周报), a liberal, reform-minded publication.

In the summer of 1989, Economics Weekly began covering the growing pro-democracy movement that would coalesce with the government crackdown on protesters around Tiananmen Square, taking an editorial stance which urged a resolution between the government and the protestors. Gao was arrested on the morning of June 3, just hours before the crackdown began. An article she had written the year prior was described by then mayor of Beijing Chen Xitong as a “political program for turmoil and rebellion,” and he labeled Gao a “people’s enemy.” Economics Weekly was ordered to shut down days later. She was released due to poor health after 15 months in custody.

As she was preparing to begin a fellowship at Columbia University, Gao was detained again on October 2, 1993. She was sentenced to six years in prison in 1994 for leaking “state secrets” with a pro-Beijing newspaper based in Hong Kong. Gao was barred from publishing in China. During her second imprisonment, Amnesty International declared her a prisoner of conscience, and she was awarded the 1995 World Association of Newspapers’ Golden Pen Award, the International Women’s Media Foundation’s Courage in Journalism Award (which she accepted over a decade later), and became the first journalist to win the UNESCO/Guillermo Cano World Press Freedom Prize. She was again given early parole for poor health in February 1999, eight months prior to the end of her initial sentence.

Gao emerged from her second prison sentence undeterred, and continued to write. Due to the ban on her publishing in China, Gao published in Hong Kong and overseas Chinese outlets. In April 2014, a month ahead of the 25th anniversary of the June 4, 1989 crackdown, Gao was reported missing by the Committee to Protect Journalists. Weeks later Xinhua reported that Gao had been detained again for leaking state secrets, this time for her alleged sharing of the internal Party memo known as Document No. 9 with Hong Kong’s Mingjing/Mirror Media Group. CCTV in June aired a “confession” from Gao, which she later claimed was extracted under duress. Mingjing founder Ho Pin denied that Gao had been the leaker, publishing in the New York Times that he believed “police simply [found] a convenient excuse to lock up Ms. Gao.” During her trial she maintained her innocence, but was nevertheless sentenced to seven years in prison in April 2015. By June, reports came that Gao was being denied proper treatment for worsening heart and other medical conditions. Authorities initially refused to answer calls for her medical release unless she repeat the earlier confession on state television.

After continued calls for her release, Gao was on November 26, 2015 granted a sentence reduction and medical release, and allowed to serve the remainder of her sentence under hospital care or house arrest. She has since been denied permission to leave China for medical care, and reportedly harassed by a group of plainclothes policemen who destroyed her garden and roughed up her son. Gao is a regular Twitter user, and in a series of tweets last year described continued surveillance and official interference.