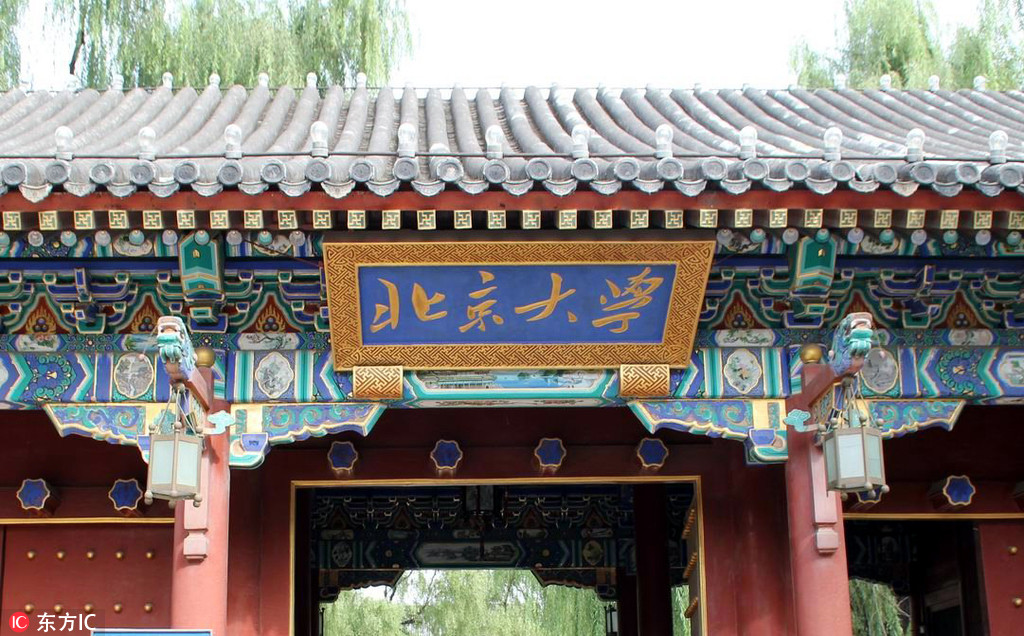 Xi Jinping has long put focus on ideological work in China’s universities and colleges, calling for them to be communist “strongholds that adhere to Party leadership,” and tightening oversight on the ideology and politics of students as well as instructors and university staff.  This ongoing campaign has recently and ironically coincided with an at times violent crackdown on self-described Marxist students and campus organizations who have been using Maoist language to advocate for the similarly politically embattled workers’ rights movement.

Most recently in the Xi administration’s crackdown on campus ideology, Beijing last month launched a “comprehensive” review of school teaching materials targeting foreign content and Western ideology. After the Ministry of Education launched the sweep, a constitutional law textbook by Peking University Professor Zhang Qianfan reportedly began disappearing from shelves. Authorities have not confirmed that an official order has been issued on the book. Last week, NGOCN published an interview with Professor Zhang Qianfan, in which he defends the unfettered study of constitutional law as an essential endeavor for the betterment of Chinese society. CDT has translated NGOCN’s interview in full:

At the start of January, the office of the National Teaching Material Committee issued the “Notice Concerning the Launch of Comprehensive Fact-finding Work on University Constitutional Law Teaching Materials.” The notice required all colleges and universities to thoroughly explore the constitutional law material they were currently using and submit their findings to the Ministry of Education Textbook Office by January 15. The notice’s contact address was the Ministry of Education Textbook Office “Ma Project” (editor’s note: Ma Project signifies Marxist Theory Research and Construction Project) at the Teaching Material Department, and was dated January 3. The notice was publicly displayed on some university websites and also on local education ministry websites.

Meanwhile, there have been rumors that University of Political Science and Law Professor Ke Huaqing denounced several constitutional law scholars for participating in compiling a constitutional law textbook that “adulated the West.” When Hong Kong newspaper “Sing Tao Daily” interviewed Ke Huaqing, he denied making those earlier reports. According to Ke’s Weibo introduction, he is an “advocate for common freedom theory and Party-led constitutionalism.”

The teaching material denounced online included “Introduction to Constitutional Law: Theory and Application” compiled and edited by Peking University Law professor and  constitutional law scholar Zhang Qianfan. Currently, that book is suspected to have been de-shelved. On January 31, NGOCN searched JingDong, DangDang, and Amazon China platforms, none of which offered these books from independent merchants. Xinhua Bookstore Online also didn’t carry this book. Zhang Qianfan himself told NGOCN that he also believed this book would no longer be available.

Compilation work for the “Ma Project” began in 2004. According to a joint 2013 notice from the Ministry of Education and the Central Propaganda Department, “in order to consolidate the guiding position of Marxism in the philosophy and social science spheres,” all college and university disciplines related to philosophy and the social sciences require uniform use” of key “Ma Project” teaching materials.

By November 2018, the Central Propaganda Department had compiled 26 categories of already published textbooks, and plans to publish 43 categories; the Ministry of Education has compiled 31 categories, and plans to publish 96. This includes material for undergraduate, Master’s, and Doctorate degrees. However, NGOCN has discovered that many students using “Ma Project” material have expressed on social media platforms that they have found problems with the quality. Tsinghua University sociology professor Guo Yuhua once wrote an article critiquing the “Ma Project”’s “A Survey of Sociology,”  stating that it was “Engaging in sociology by engaging in political movements,” and pointed out a lot of disorder and error in the textbooks.

NGOCN: Recently, a “Concerning the Launch of Comprehensive Fact-finding Work on University Constitutional Law Teaching Materials” notice was posted on educational institution websites. You primarily teach constitutional law and related courses. Have you received a notice from the school on this?

Zhang Qianfan: Yes, this notification was revealed later on. We haven’t directly received it, but it does exist. This is the first time something like this has come in the 40 years since reform.

NGOCN: Recently the “Professor Ke Huaqing Denounces Constitutional Law Teaching Material” affair was circulating online, do you know anything about the authenticity of this?

Zhang: I also only know the hearsay. Informing [against colleagues] will naturally be a secret, we’ll be unable to find out [the truth].

NGOCN: Did these online rumors  have any influence on your teaching and research work?

Zhang: Up until now, there has been no effect.

NGOCN: Online rumors say the reason for the denouncement was “publicizing Western ideology, and enthusiastically promoting the Western system.” Do you think this type of evaluation or criticism is accurate for the textbooks you have compiled?

Zhang: This is complete nonsense, empty criticism, the closed-minded thinking of a closed off country. Every country’s constitution certainly has its own “characteristics.” However, some systems are the common results of the development of human civilization, and different countries and systems could mutually learn from these. China’s current constitution also draws from the results of many civilizations, for example, China traditionally didn’t have a legislative assembly, elections, freedom of speech or religion… So, why are these all in the 1982 constitution? This is because we learned from the systems of more advanced civilizations. Perhaps some of these systems are Western, what does that have to do with anything? Just like how broccoli comes from the west, if something is good then it should be introduced. If constitutional government and civilization are good for humankind and we are similarly human beings, than it is also good for us. Why can’t we learn from it?

Because China is open and the Chinese constitution is also open, China’s constitutional studies cannot be overly subjective, disregarding the outside world without researching other countries’ constitutions. Other countries have good constitutional systems, of course we should study them and learn from them. It is not possible to unilaterally seize “Chinese characteristics” and reject the advanced civilizations of the world. Since human beings share the same communal destiny, humanity’s advanced culture is shared and we should not set ourselves apart. Closing this door will close the country, and in the end it is us that will suffer.

NGOCN: It’s been said that the constitutional law textbook that you compiled has been taken down from the shelves.

Zhang: Yes, this is true, it has been removed, and it’s quite possible that my other books will be as well. If you go to the Zhongguancun book stores to check and the sign says “sold out,” suppose that it has been de-shelved.

NGOCN: As far as you know, is there any discussion of the removal of this textbook within the academic community? What are people’s responses?

Zhang: In our circle, of course the view of informing against [colleagues] and banning books is highly contemptuous, because whether a book is good or bad shouldn’t be left to certain agencies to determine, it should be discussed by everyone. Which parts are right or wrong, good or bad, this should all be open to free discussion. Even if there are some mistakes in the book, a ban is obviously not the right way to eliminate false statements. Before a discussion has been opened, how do you know if a statement is false?

NGOCN: Now there are teaching materials called “Ma Project,” do you know about these?

Zhang: I didn’t take part in it, I don’t know much about it.

NGOCN: The Ministry of Education stipulates: as long as there is “Ma Project” published material, courses offered should prioritize [these materials]. Do you currently use “Ma Project” textbooks in the courses you teach?

Zhang: I must, given this requirement.

NGOCN: In the foreword of a 2014 Law Publishing House constitutional law textbook, you point out “one of the biggest challenges to China’s development of constitutional law studies is that it is subordinate to realpolitik,” and that constitutional scholars should try to surpass this. Has your view changed?

Zhang: [My view] is the same. As an academic discipline,  constitutional law should not be politicized. If it is, there will be no knowledge, as politicization and knowledge are incompatible. If something is politicized you will only have propaganda slogans. All disciplines must retain a degree of political neutrality.

Under the current requirement for unified teaching material, do you think that this would be a political intervention in legal studies?

Zhang: It is still a retreat from China’s own constitution. Article 35 guarantees the freedoms of speech and publication. Publication and education should not be subjected to political interference.

NGOCN: Constitutional law studies still have principles of constitutional governance. As for your primary research fields,  do you believe the wider atmosphere of research and instruction will change over the next few years?

Zhang: The constitution is now a “sensitive” topic, I don’t think there is open academic discussion. This is quite scary.

NGOCN: Acting as a college teacher, you also have said that discussion of the constitution is now a sensitive topic. How can you break through these restrictions to provide students with comprehensive legal knowledge?

Zhang: I think law is a theoretical subject. If you are discussing legal argumentation, including constitutional law theory, then the constitution is [not a sensitive term]. Then you will not be subject to intervention. Of course, our political environment is not good, many teachers’ speech is filled with psychological dread, they don’t dare to let go when teaching. This is a situation that should not be.

NGOCN: You still speak in spite of these regulations. Will you still teach about the constitution through constitutional theory?

Zhang: In principle, we should discuss the constitution as it is. Of course, in this bad environment, everyone has their own concerns. There will be rules and regulations, so at the very least  one’s wording should be a bit milder, this is inevitable. I can only say that I will do my best to teach first-rate classes on the constitution. [Chinese]