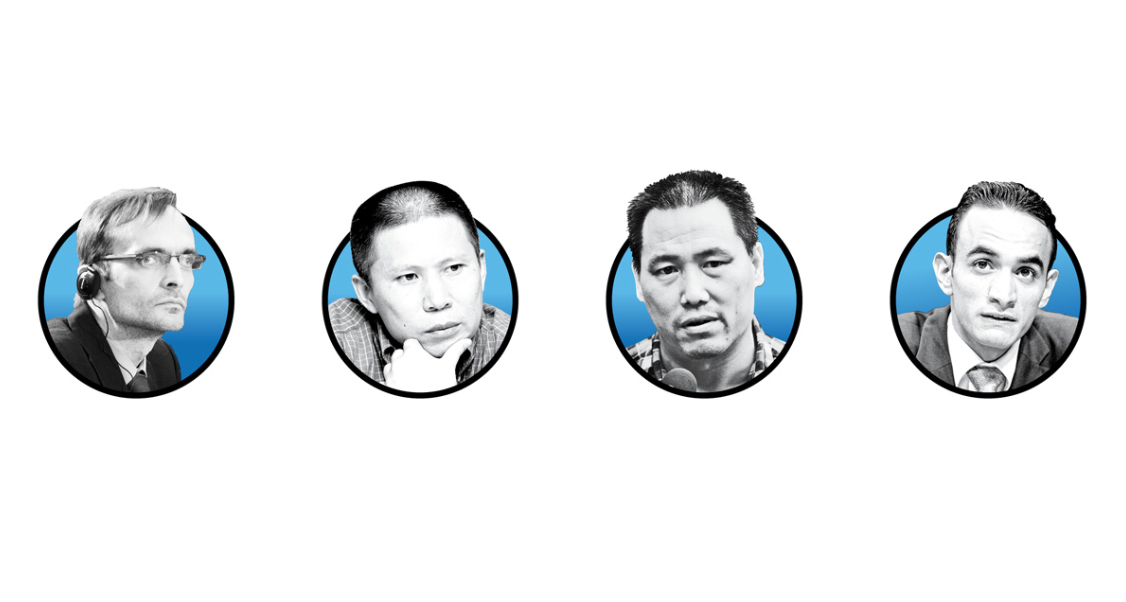 Foreign Policy magazine has published the latest iteration of its annual Global Thinkers list. “Admittedly, not every one of our Global Thinkers is an angel,” the introduction reads. “There are a few we’d prefer were a little less successful, a few whose goals and motivations are mixed at best, and plenty who, though well-intentioned, may not achieve what they set out to.” China’s leaders and their critics would likely feel similarly ambivalent about this year’s line-up.

Premier Li Keqiang appears, “for taking on China’s biggest economic challenges”; so does anti-corruption chief and Li’s fellow Politburo Standing Committee member Wang Qishan, “for insisting that China’s elites are not above the law”. President Xi Jinping makes only a cameo appearance, however, in Thomas Friedman’s nomination “for popularizing the ‘Chinese dream'”, a role for which Friedman claims only part credit, and some are willing to grant even less.

On the other hand, the list also includes New Citizens’ Movement civil society activists Xu Zhiyong—”for promoting people power as an antidote to corruption”—and Wang Gongquan—”for defying the  unwritten rules of  China’s business elite”. Both were arrested this year. Last week, police recommended that Xu be put on trial for “assembling a crowd to disrupt order in a public place”, while Wang reportedly confessed to similar charges. Rights lawyer Pu Zhiqiang was also nominated “for daring to take on China’s J. Edgar Hoover,” Zhou Yongkang. Pu was one of the defense lawyers for three other New Citizen activists who stood trial in Jiangxi last week, and described scenes of violent intimidation outside the courthouse.

In the cultural sphere, China’s richest man Wang Jianlin appeared “for dreaming of a Chinese Hollywood” after announcing the construction of an $8.3 billion, 3.7 million square meter movie complex in Qingdao. A spiked article on Wang’s business ties to national leaders is said to be at the center of the ongoing Bloomberg self-censorship controversy. Director Jia Zhangke was named “for using art to show how inequality breeds violence” in his latest film A Touch of Sin, which has yet to secure a Chinese release.

Outside China, Stanford-based Tsinghua graduate Xiaolin Zheng won acclaim “for giving us solar power anywhere, anytime,” while Stephen Schwarzman was recognized “for creating the scholarship for the Chinese century” with a $300 million program due to start in 2016. But Kevin Mandia was also included “for identifying the perpetrators of China’s cyber-offensive” in his firm’s wave-making report on the PLA’s Unit 61398 in February.