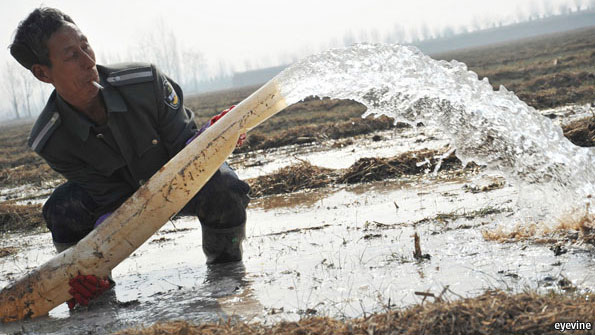 The changes are part of a wider government reckoning that current state-controlled pricing structures for everything from water to electricity and natural gas are broken. Underpriced resources help Beijing protect its citizens and industries from inflation, but experts say they are contributing China’s environmental woes and long-term concerns about economic sustainability.

[…] The new system, which will be in place by the end of 2015 and will extend existing trials in some locales, will include a three-tiered pricing structure based on water use for households in all cities and some towns.

Raising prices has long been proposed as a means of promoting efficient water usage, which as environmental historian Kenneth Pomeranz has explained would attack China’s water shortage on a more basic level than grand engineering projects. The urban and industrial focus of the anticipated changes reflects concerns about their burden on rural farmers, who are heavy water consumers but whose incomes already lag behind those in the cities.

Why Talk of Subway Ticket Prices Is Banned in Beijing