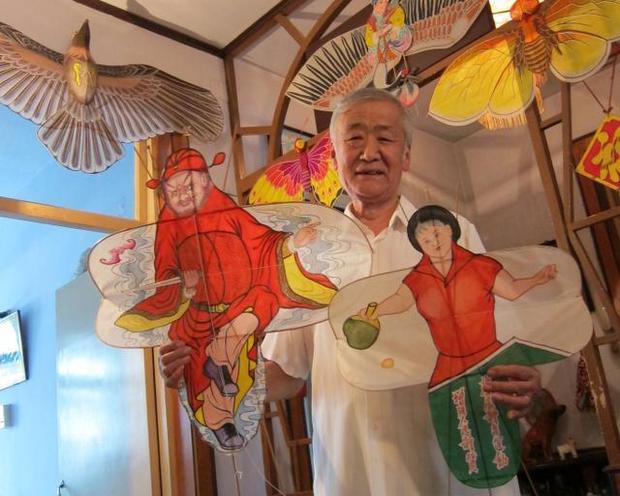 McClatchy’s Stuart Leavenworth reports from Weifang, Shandong, China’s kite capitol, on how an ancient tradition may be in its autumn phase—and how a similar fate faces many Chinese cultural traditions in the modern age:

Zhang Xiaodong’s workshop is strewn with all manner of flying contraptions. There are dragons, eagles, butterflies and ingenious mechanical kites, including one that features a frog seeking to devour a praying mantis.

[…] Chinese kite makers have much to worry about these days. As China modernizes, a new generation is playing video games instead of attaching painted silk to bamboo frames. The artisans that remain are rapidly aging. Nearly all of them are men in a nation of almost 1.4 billion people.

[…] The slow demise of kite making is part of a larger cultural saga in China. Historic architecture, crafts and music are being overwhelmed by China’s growth and its inability to effectively preserve traditions of the past.

Since 2006, China’s Culture Ministry has devoted $3.5 billion yuan, about $574 million, to programs seeking to preserve the nation’s “intangible cultural heritage.” But late last month, the ministry announced it was disqualifying 300 of those programs, either because they were ineffective or couldn’t account for expended funds, according to a story in the China Daily. […] [Source]

‘Once the Villages Are Gone, the Culture Is Gone’

Crickets Fight it Out at China’s National Championship

Is China Really in a Gilded Age?