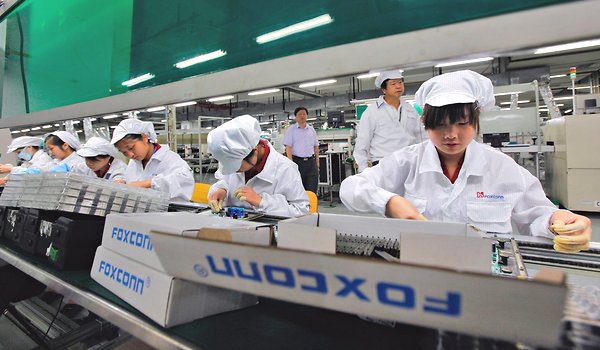 In recent years, China’s slowing economy has led to a steady growth in labor unrest, with China Labor Bulletin having recorded more than twice as many strikes and protests last year compared to 2014.  At the Australian Broadcasting Corporation, Matthew Carney reports on how unemployment and anger in China’s labor market is becoming an increasing threat to social stability:

[…S]o far this year, the number [of labor strikes] is up 20 per cent despite a nationwide crackdown.

[…] The unrest has threatened to disrupt China’s plan to remake its economy into one driven by consumption, technology and services.

While worried authorities have now slowed the pace of job cuts in inefficient state industries, they still plan to scrap 6 million jobs in coal and steel.

Prominent labour activist Zhang Ziru, who has been involved in much of the labour unrest in China’s south, had a dire warning for the Government.

“If China’s system doesn’t improve and the Government fails to make political reforms, the grievances and grudges will grow until society explodes,” he said. [Source]

Yet at the same time, authorities are more strictly enforcing manufacturers’ payment of workers’ pension and other social-security benefits, highlighting the delicate balancing act that China’s central and local governments face as they seek to ease business costs while trying to avoid further social unrest that could undermine the Communist Party.

[…] In March, Shanghai unveiled its slowest minimum-wage increase since the global financial crisis. Meanwhile, the southwestern megacity of Chongqing and the northeastern rust-belt province of Liaoning are raising minimum wages by up to 20% this year after holding them steady in previous years.

[…] In recent months, other cities in Guangdong including Shenzhen and Guangzhou have joined their counterparts elsewhere across the country in offering “job stabilization” subsidies to help companies slash labor costs and avoid layoffs. The program provides companies with refunds from government unemployment-insurance funds that can be used to retain or retrain employees. [Source]

Recent estimates show that by 2050, China will see a 23% decrease in its workforce, losing 211 million workers as the population continues to age. China’s fumbling economy and aging population is at odds with much of the China-focused trade rhetoric heard on American campaign trails this year. While some commentators point out that the trend of continually dwindling American manufacturing jobs would be reality even if China weren’t a factor, The New York Times Michael Schuman notes that U.S. competition is one of many elements leading to a loss of jobs in China:

In today’s China, however, workers face a more troubled outlook than Mr. Trump suggests. They are losing their jobs because of a slowing domestic economy, rising costs and stiffer foreign competition — including from the United States.

As its economy has expanded, creating opportunities in many sectors, assembly line jobs are not as attractive as they once were. That has caused managers to raise wages to attract workers. At the same time, local governments in Shenzhen, a coastal trading hub that abuts Hong Kong, and other industrial centers have steadily increased the mandated minimum wage to improve the welfare of working families and pressure companies to produce more expensive, high-value products.

Another factor contributing to a loss of manufacturing jobs and making up for a shrinking workforce in China is the increasing use of automation on assembly lines. At CBC News, Saša Petricic reports:

“They cost less and take up less space. And they’re far easier to manage,” said Chen Conghan, deputy manager of the [Ying Ao Kitchen Utensils] company [in Guangdong]. “Workers get sick. They have down days. They make mistakes. Robots can work 24 hours a day and always finish the job on time.”

[…] The industrial robots might also solve a growing problem: China’s dwindling supply of cheap, low-skilled labour. For three decades, that was the magic ingredient that pushed this economy to become the second biggest in the world. Millions of labourers left the countryside and flooded the industrial cities, lifting themselves out of poverty and their children into the middle class.

But now, there aren’t enough of those children. The population is aging. The so-called demographic dividend is fading.

“It’s becoming harder and harder to recruit workers and to keep them,” said Chen. “This work is intense and tiring, so we have to pay people more and more to lure them and keep them.” [Source]

Amid changes in the manufacturing and industrial sectors, some former workers are finding respite in the growing service industries. CNN reports that 530,000 former steel and coal workers are now driving for China’s Uber-like Didi Chuxing:

When Mr. Luo talks about his work as a private car driver, he becomes so animated that it’s hard to imagine he ever worked another job.

[…] It’s a transformation that makes Luo a poster child for Beijing’s economic reforms — a dramatic and risky shift away from traditional manufacturing and heavy industry to more sustainable growth, powered by consumer spending and services. Didi is already reflecting that change — the ambitious startup has about 530,000 former steel and coal workers on its payroll.

For workers like Luo, China’s economic transition means scrambling for new ways to make ends meet. After embarking on an initial job search, he tried his hand at China’s volatile stock market, but wasn’t able to make much.

Then, a friend who worked at Didi introduced him to the ride-hailing app. Roughly half a year later, Luo is happily working fewer hours for more pay than when he was a steelworker. [Source]

Ride-hailing apps were this week given the official green light by Beijing.