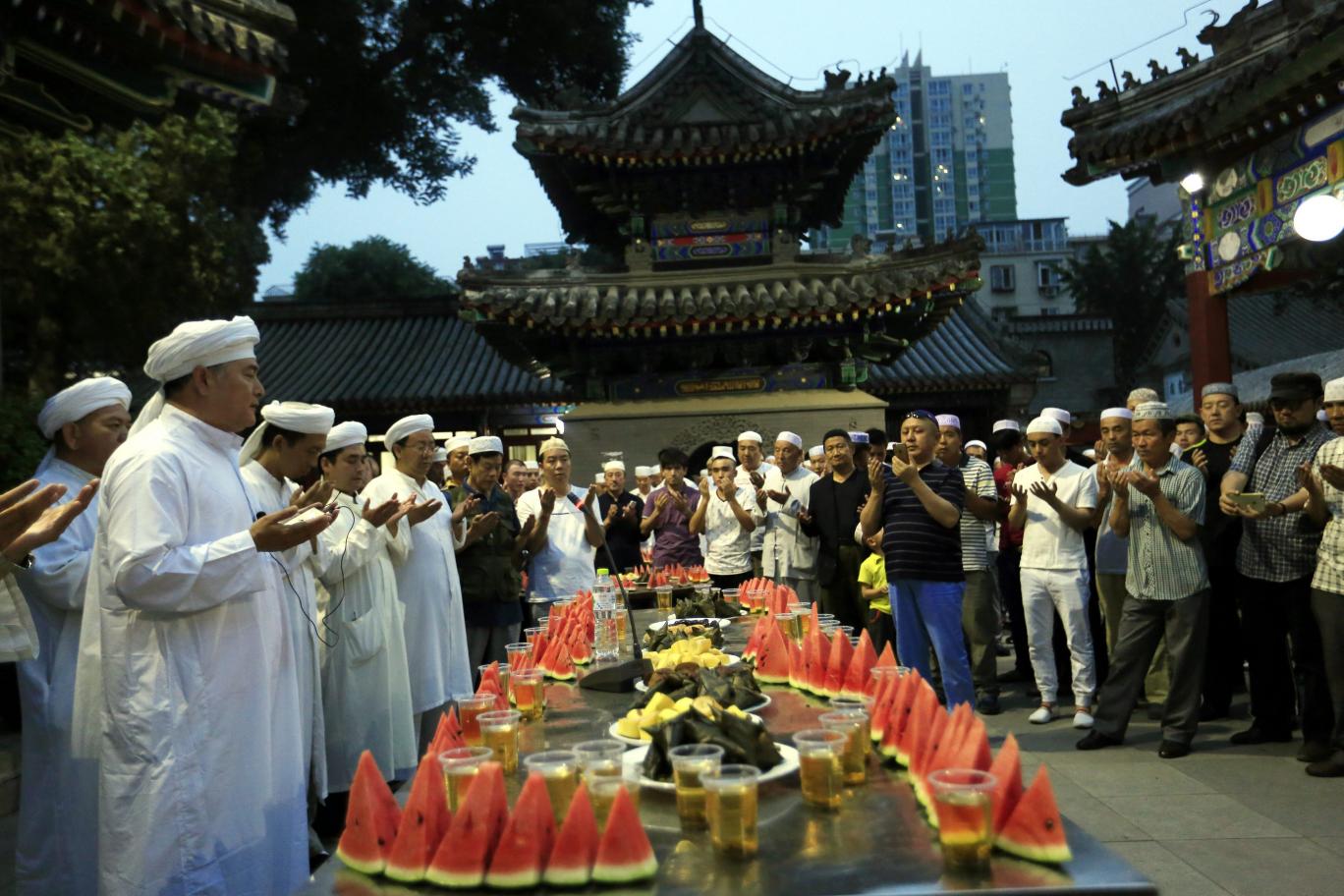 The government in Xinjiang has once again banned state employees, Party members, students, and minors from fasting during Ramadan. The customary ban on Ramadan observance was imposed this year shortly after Beijing issued a white paper in June applauding religious freedom in Xinjiang. Matt Payton reported last month for the Independent:

A notice on a government website in the central Xinjiang city of Korla read as: “Party members, cadres, civil servants, students and minors must not fast for Ramadan and must not take part in religious activities.

“During the Ramadan month, food and drink businesses must not close.”

Dilxat Raxit from the exile group, the World Uyghur Congress, has condemned the restrictions, telling Khaleej Times: “China thinks that the Islamic faith of Uighurs threatens the rule of the Beijing leadership”.

While local government has imposed its annual restrictions on observing Ramadan, Beijing has stated it in a white paper “there will be no interference” in Muslim religious practices. [Source]

Authorities in Xinjiang have enacted numerous cultural and religious restrictions in recent years to police ethnic Uyghurs amid an ongoing crackdown on terrorism, launched in May 2014 in response to mounting violence in the region and elsewhere in China. In addition to the banning of headscarves and beards, recent examples include the official promotion of beer drinking, during Ramadan, the state-ordered sale of alcohol and cigarettes in restaurants owned and catering to Muslims, and government calls for racial “blending” in Xinjiang. Some of these restrictions, however, have backfired and motivated locals to become more observant of Islamic practices.

Aside from these constraints, Uyghurs are frequently targeted by law enforcement as a part of the countrywide “war on terror” campaign, which President Xi Jinping launched in 2014 in response to violence that authorities have attributed to Uyghur separatists and religious extremists. At The Washington Post, Emily Rauhala looks at how Xinjiang’s Uyghur community has been regarded by officials as potential terrorists whose activities must be constantly monitored and controlled:

In Kashgar, the government’s anti-terrorism rhetoric is everywhere. A public bathroom in the Old City features a 22-point infographic on how not to become an extremist.  Posters at family restaurants offer rewards for information on suspicious activity.

The problem, residents said, is that almost any kind of activity can be deemed suspicious — especially if you are Uighur.

[…] Two Uighur men confirmed reports that Kashgar police are stopping people on the street to search the contents of their phones. Foreign-made apps such as Facebook and Skype bring trouble, they said, as does any “Islamic” content — although what constitutes “Islamic” is unclear.

At a trade fair in Kashgar, a Uighur in the textile business said the police have stopped him and searched his cellphone on more than one occasion. He asked not to be named, saying that talking to a foreign reporter could itself be considered subversive, even extreme.

It doesn’t matter whether it’s Ramadan, he said, because “they can pick you up for anything.” [Source]

Following an invitation from the Chinese government, a delegation of clerics and religious scholars from Pakistan made their way to Xinjiang earlier this month to verify media reports of fasting restrictions in the region. At The Gulf Today, Tariq Butt writes that members of the delegation reported seeing no evidence that Muslims in Xinjiang have been denied their religious freedom.

The delegation visited Xinjiang between June 26 and 28 on the request of the Chinese government which asked Pakistan’s Foreign Office to send a delegation for observing the Ramadan’s practices in the Muslim populated province to dispel the controversy once and for all.

[…] “During the visit, it was found that the Muslim community (in Xinjiang) has complete religious freedom and they are free to perform their religious duties,” the official quoted a member of the delegation as saying.

The official said that they were received by the Department of Religious Affairs of the Chinese government and they also visited mosques in Urumqi, the provincial capital of Xinjiang, and elsewhere in the region.

During the visit the Chinese Muslims informed the members of the delegation that they enjoyed religious freedom.

The official said that the delegation would file its report to the secretary of the ministry of religious affairs which will forward it to the foreign ministry. [Source]

The delegation’s findings echo a Pakistan Observer editorial, which argues that “the very fact that the Chinese Government itself asked Pakistan to send a delegation to verify reports about China banning fasting in Xinjiang exposes falsehood of the propaganda unleashed every year by Western media on the issue.” It is worth noting that government authorities exercise strict control of the media narrative in Xinjiang, routinely barring journalists from accessing sensitive sites. Pakistan and China have enjoyed a close diplomatic relationship since the founding of the two modern nations. In 2014 Pakistani Prime Minister Nawaz called the friendship “sweeter than the sweetest honey.” In a February interview with The New York Times, Chinese foreign policy analyst Yan Xuetong referred to Pakistan as China’s only real ally.