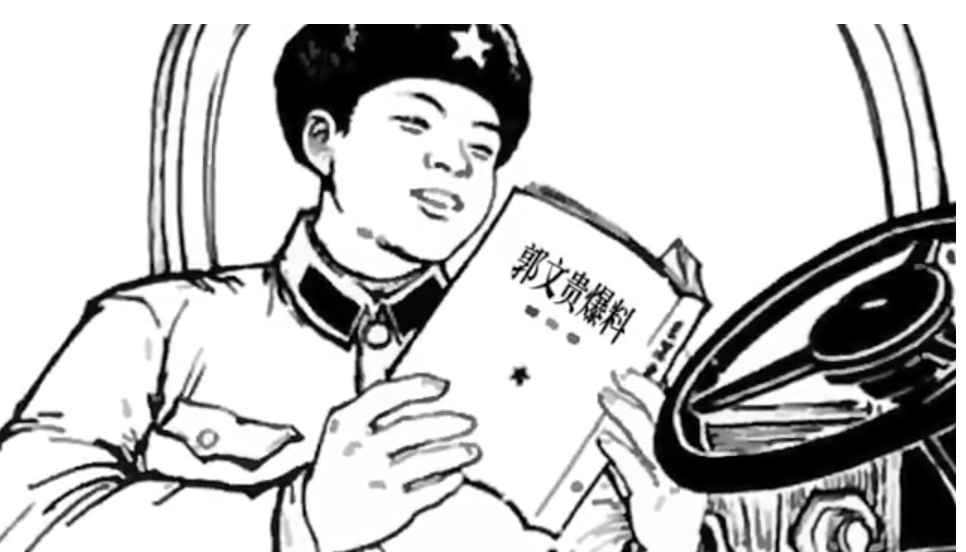 For months, exiled Chinese billionaire Guo Wengui has been lobbing corruption allegations at Chinese officials, business, and media professionals from a lavish apartment in Manhattan. Armed with his Twitter and YouTube accounts, Guo has grown a huge collection of social media followers, among them respected journalists and former Party leaders.

Amateur hip-hop artist and Guo-follower 楚三户$ANHU has written a series of raps inspired by Guo, and CDT has selected three to translate for our English audience. In this third video, $ANHU outlines Guo’s major allegations, and includes some of the many catchphrases that Guo has given birth to with his regular video broadcasts. For contextual notes, see the translation posted below the video:

Everyone’s heard of the New York-based hero Guo Wengui
He tells us who [actress Fan] Bingbing spends her evenings with
In the Guomao Hotel’s Room 1808, a drunken [famous concubine] Guifei / She says, Boss, if you want to be low-key, I’ll do it for free
You’d melt under the glare of justice / Become a joke / Pay the price / So better shut the fuck up
I hear that when the leaders take their siestas, Miss Huang Yan’s [vice minister of housing] little hands tremble and shake / Her several hundred properties could trigger the nuclear button
Zhang Lifan [章立凡, prominent commentator and CCP critic] and Xia Yeliang [夏业良, economist and one of the first signers of Charter 08] ended up being the Party’s lackeys, just like Boxun News’ Wei Shi [韦石, founder]

[Note: Zhang and Xia are political commentators on overseas Chinese media. The homophones in $ANHU’s lyrics are used by fans online when rebutting comments about Guo. Guo has also claimed that Boxun has received funds from agents of the Chinese government.]

All a bunch of contemptible clowns
1.4 billion comrades have already had their country plundered / Unite together and become our own Mossad / These devils lifting their cleavers high can’t attain enlightenment / We must dare to fight for our right to live
In three years, Wang Qishan’s HNA has grown ten-thousand-fold / Yet Yang Gailan committed suicide when she couldn’t get welfare subsidies
And as I speak, Yao Qing’s throwing sex parties on his private Boeing 787 / The jet fuel’s all covered by the income taxes we pay
Hearing this truth, 1.4 billion people shed tears of rage / God won’t be so forgiving of the crimes committed by you thieves who are plundering the nation
China’s Gandhi [recently deceased Nobel laureate Liu Xiaobo] was just murdered in a Party prison / Never again does he have the chance to hear the melodies sung forth from Oslo
The proof from Old Guo’s July 17th [Mingjing interview] sent the peoples’ hearts a-pounding / The plunderers’ sick designs are still a-brewing / China has no more hope if it keeps on this path
He [Guo] brings forth his Seven Principles because he doesn’t want to throw China into chaos / I hope we can all one day cheer before the Statue of Liberty
Expose the tyranny / Criticize the ugly underbelly / Rail against oppression / This is very hip hop
Democracy, wealth and power / Civilized and harmonious / Free and equal [part of the 24-character socialist core values] / Keep deepening this development
Post-’95 I took up my mic and started shooting at those thieves of the nation
Although I’m young, I know about the black box of China’s politics
Wengui took up his sword and rattled those thieves / If you don’t believe me, look at those two asking for data and evidence / Let those bullets fly until we reach our victorious dawn
We should go all out in our support of Guo Wengui
Because of him the Chinese people have an unprecedented opportunity
His exposés keep Satan awake at night / And let us clearly see those hidden pseudo-classes
I thought I should take action / Lest I feel sincerely ashamed of myself
Give me a weapon / He best let me take that AK and pa-pa-pa-pa / Shatter the skulls of those thieves
Yo, I’m very young but I ain’t a little flower of the Party
I often think of myself standing on Tiananmen Square 28 years ago
Most can’t avoid being imprisoned within and brainwashed by the system
But sooner or later, the youth will awaken once more / These thieves have brought these consequences upon themselves
Apologize to the people / I should’ve shot Qishan in the bathroom when I had the chance… [Chinese]

For more on Guo Wengui, including translated versions of $ANHU’s “Give My VPN Back” and “Where is Daddy?”, see prior coverage via CDT.