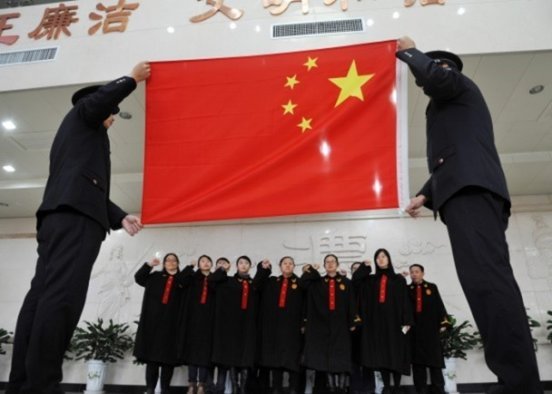 Overseas political news website Boxun obtained a purported memo from a telephone conference of the National Security Commission describing official efforts toward a unified crackdown on politically-liberal thought and civil society. In the contemporary Chinese political context, a devotion to tenets of political liberalism—such as universal human rights values, freedom, and democracy—is referred to as “rightist” (右派). (For a helpful primer on this phraseology, easily misunderstood from a Western political perspective, see Tea Leaf Nation’s 2012 translation of an infographic “Guide to Chinese Politics.”) In this leaked correspondence, well known pro-democracy, human rights activists who have recently found themselves on trial are called “major rightists” (主要右派). Boxun’s post is translated below, and important context is noted in brackets:

Founded last year, the National Security Commission is directly overseen by Xi Jinping. Read more about the Xi administration’s ongoing campaigns to promote ideological orthodoxy, which have included a drive against Western values in academia and within the Party, the presidential praising of nationalistic bloggers and the development of propaganda strategies fit for the digital age, and most recently the drafting of the Foreign NGO Management Law, which has attracted criticism for its overly-broad definition of non-government organization.