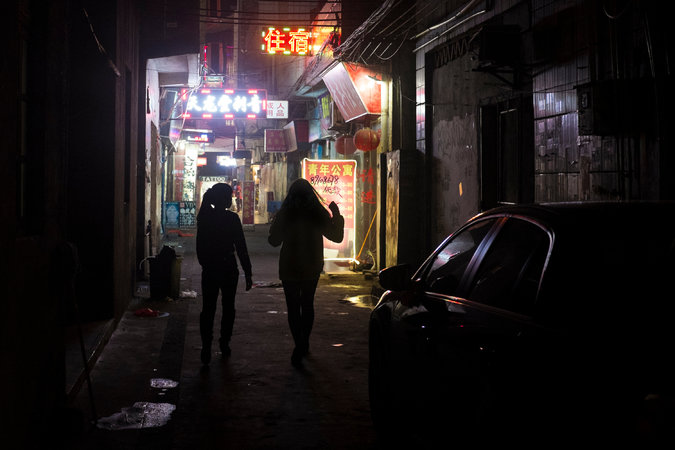 Edward Wong at the New York Times looks at how the crackdown on the sex trade in Dongguan, Guangdong Province has impacted the local economy:

“In Dongguan, we have something called Dongguan-style service,” the young man with dyed brown hair said as he sat in a hotel restaurant, agreeing to speak on the condition that only his English nickname be used. “It’s the sex capital. It has a reputation. It’s as if you have ISO 9000 certification” — a reference to an international quality standard for service industries of all kinds.

China is undergoing the harshest anti-vice campaign the government has mounted in years, and the crackdown is taking a toll on the economy of Dongguan, a southern city of more than eight million people. It is a manufacturing center for the export business and a Mecca for migrant workers, but it is also the nation’s sin city. Now, the red-light industry here is blushing a deep pink.

Nightclubs and massage parlors, whether in five-star hotels or shadowy alleys, have been shuttered. Taxi drivers who once thrived on commissions from brothels are grappling with shrinking wallets. Some landlords are having a hard time renting out apartments, as prostitutes leave town or decide not to return from Lunar New Year vacations. [Source]

Read more about reactions to the brothel raid from the Ministry of Truth, netizens, censored netizens, and Chinese cartoonists, via CDT.