Editor’s Note: As we enter 2022, CDT has compiled a special series of features for our readers, offering a look back at the people, events, controversies, memes and sensitive words that defined the past year. Some of this content is drawn from the CDT Chinese team’s year-end series, with additional content added by the CDT English team. We hope that CDT readers will enjoy this look back at the busy, complex and fascinating year that was 2021.

We started with the team’s picks for favorite CDT posts and writing on China in 2021. And now for the Chinese internet’s top ten memes of 2021, selected by the Chinese editors and presented in English here:

Snipe at jingoistic declarations of “win-win” situations for China, a tired trope of state media and punditry; lit. numb from winning. In a 2020 interview on the topic of the “game of chess” between China and the US, Jin Canrong feigned a defeated American, saying that “ever since we established diplomatic relations with you, you’ve always been one step ahead of us. A win-win means two wins for China.” In response, users on the “Great Wave off Kanagawa” Baidu Tieba forum began to complain that “we’ve won so much that we’re sick of it.”

Rhetorical one-upmanship of the United States’ electoral process and Western democracies; China’s “participatory” political system, as claimed by the Chinese party-state. Short for “whole-process people’s democracy,” the concept builds on the notion of a “people’s democratic dictatorship.”

Xi Jinping coined this buzzword in 2019 to argue that China, despite being ruled by a single party and not conducting open elections, is in fact more democratic than actual democracies. A whole-process democracy propaganda blitz preceded the US’s virtual Democracy Summit in early December.

Netizens have run with the Orwellian irony of “whole-process democracy.” Nothing says “democracy” like the recent Legislative Council elections in Hong Kong, leaving just one of its 90 seats filled by a non-establishment legislator.

3. Watch Out for Biden Playing the X Card 警惕拜登打X牌

Dismissal of Biden’s criticism of “X” in China, where X may be Xinjiang, Taiwan, Hong Kong, human rights, or any other issue the Chinese government wishes to divert attention from. This phrase originated with the Central Propaganda Department and sycophantic scholars within its orbit. It was later adopted by the Ministry of Foreign Affairs, and taken to extremes by little pinks. Then came the memes of Biden playing cards.

Meme from the TV drama “My Fair Princess,” in which Wet Nurse Rong punishes other characters by pricking them with a needle; many of the courtesans she pricks are played by actors who were swept up in the celebrity culture “clean-up” campaign in August 2021, including Fan Bingbing (who plays Jinsuo), Ruby Lin (Ziwei), and Zhao Wei (Xiaoyanzi). One netizen quipped, “Back when I was watching ‘My Fair Princess,’ I really wanted to just punch Wet Nurse Rong and the emperor. But now I can’t help but admire their prescience.”

Patriotic parachuting soldier, held “hostage” by Baidu Tieba users when a homophonous vulgarity was banned from the platform in September 2021. This amounted to a verbal hostage situation, forcing state media to respond in defense of the honor of the airborne forces, which in turn forced Baidu to “release” the “imprisoned” curse word days later.

Refrain for the many people who have gone missing (briefly or indefinitely) this year, such as the blogger program-think, journalist Huang Xueqin, actress Zhao Wei, Alibaba founder Jack Ma, and tennis star Peng Shuai. If even prominent figures can go missing, netizens wonder, then how will ordinary people be treated under the law? In Peng Shuai’s case, the call for her safety has gone far beyond the Great Wall.

Government request that netizens refrain from reposting content on social media platforms such as Twitter and Facebook that exist outside the Great Firewall, in order to prevent that content from being “copied by foreign media” or “used by foreign influences.” During the lockdown in the border town of Ruili, netizens urged homebound, desperate people not to share “our business” with the outside world—or even the inside world of Weibo, where such complaints could leak to the international community. The warning is born of increasingly severe censorship measures and rising nationalist sentiment. 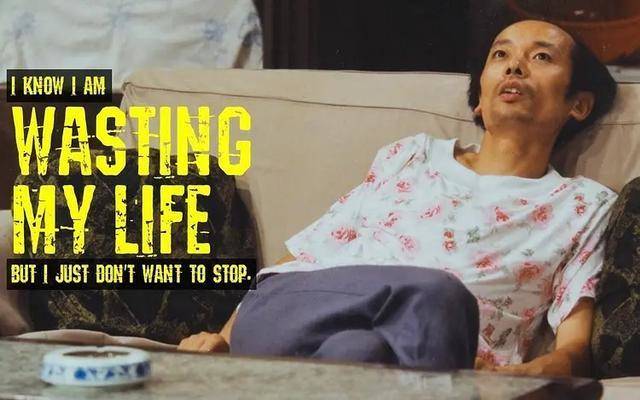 Actor Ge You, from China’s first sitcom, “I Love My Family,” has been co-opted by the lie-down crowd.

Involution refers to the burnout and despair felt by students and workers ground down by endless, pointless striving; the antidote is to lie down, i.e. opt out. State-owned media have criticized lie-downism, and some popular platforms, such as Douban, have censored the phrase and related groups.

9. He Has Shown the Way 指明了方向

Stock phrase employed in official praise for Xi Jinping. While it has appeared in relation to the achievements of past leaders, including Deng Xiaoping, Jiang Zemin, and Hu Jintao, its use has increased dramatically during Xi Jinping’s administration. In the words of state media, areas in which Xi Jinping has “shown the way” include the stock market, global development, “great nation diplomacy with Chinese characteristics,” the protection of cultural and natural heritage sites, world economics, and global governance. And the list goes on: the CDT Chinese editors compiled it.

Diagram showing an infected individual in blue, a “spatial-temporal companion” in yellow, a cell phone base station in the center, and an 800 x 800 meter grid.

Anyone within 800 meters of the closest cell phone tower signal of a COVID-19 patient or someone whose health code has turned yellow or red. These “companions” are forced to upend their day and queue for PCR tests or quarantine. “We might dub this the ‘Sixth Cardinal Relationship’” of traditional Chinese society, writes CDS contributor Tulip. “You are inextricably bound to this relationship simply because of your inadvertent association with others.”