Sensitive: We Are Willing to Endure Injustice 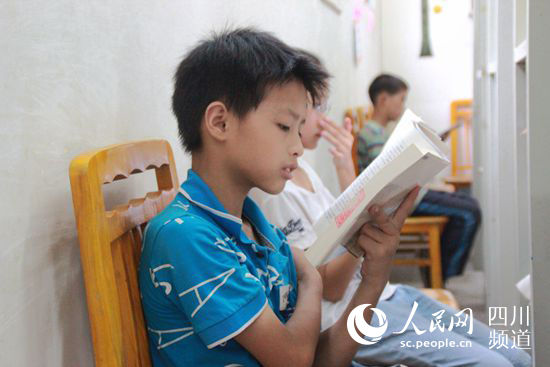 As of September 23, the following search terms are blocked on Weibo (not including the “search for user” function).

We Are Willing to Endure Injustice:  The non-profit China Rural Library (CRL) ceased operations last week after years of harassment, confiscation of books, and shuttering of village libraries by local authorities. CRL’s board of directors issued an open letter explaining the decision to close entitled “We Are Willing to Endure Injustice, Because Justice Will Not Be Late” (我们愿意承受不公，因为正义不会迟到), which is still available on the CRL website [Chinese]. The media have been ordered not to report on CRL’s dissolution.

Student Strike: Thousands of Hong Kong university students are boycotting class this week in protest of Beijing’s control of future elections for chief executive. The China Media Project reports that social media posts on the protests are being deleted.

Yanhuang Chunqiu: The liberal magazine Yanhuang Chunqiu has been ordered to switch organizational affiliation from the Association for Yan Huang Culture of China to Chinese National Academy of Arts. The Association for Yan Huang Culture has ties to the Ministry of Culture, while the Academy of Arts is administered directly by the ministry. “If we agree to be restructured, I am afraid that our magazine’s inherent editorial independence will be ruined,” publisher Du Daozheng told the South China Morning Post.

Liu Yuandong: Liu is one of several activists who were detained following participation in the Southern Weekly protests in January 2013. Liu was charged with “gathering a crowd to disrupt public order” in December 2013. His January 2014 trial ended without a verdict. Another activist, Guo Feixiong, has had his trial postponed after his lawyers refused to show in court earlier this month.

Rui Chenggang + Ling Jihua: Rui, a popular CCTV anchor, was detained in July on suspicion of graft. He was accused of espionage last week. According to an Apple Daily story, Rui claims that Hu Jintao’s former secretary Ling Jihua planned for his wife, Gu Liping, to rape Rui, forcing Rui into a “special relationship.”

Xi Jinping et. al.: Searches for Xi Jinping and others related to him.

Mei Ninghua: Mei was removed from his post as president of the Beijing Daily newspaper in July, possibly for his neutrality on the Bo Xilai trial.