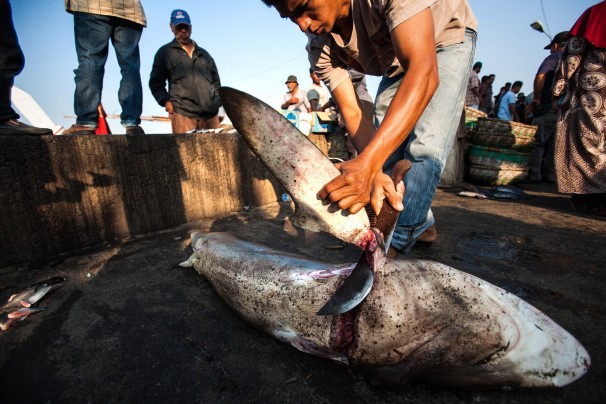 On the China in Africa Podcast, Eric Olander, Cobus van Staden and Huang Hongxiang gloomily discuss prospects for decisive action from Beijing to stop the Chinese-fueled slaughter of elephants for ivory. The problem, Huang suggests, is that the issue has yet to gain momentum among the public.

At The Washington Post, though, Simon Denyer highlights a collapse in demand for shark fins following concerted campaigning and a government crackdown on ostentatious official banquets. This success may yet offer hope for Africa’s elephants.

“People said it was impossible to change China, but the evidence we are now getting says consumption of shark fin soup in China is down by 50 to 70 percent in the last two years,” said Peter Knights, executive director of WildAid, a San Francisco-based group that has promoted awareness about the shark trade. The drop is also reflected in government and industry statistics.

“It is a myth that people in Asia don’t care about wildlife,” Knights said. “Consumption is based on ignorance rather than malice. ”

[…] Buoyed by the results of the shark fin campaign, conservationists are now turning their attention to the trade in ivory and rhino horn. Some 25,000 elephants were poached last year, and 668 rhinos killed in South Africa alone, with China the largest market for ivory, and the second largest for rhino horn behind Vietnam.

[… A]ttitudes can change, and the Chinese government is not intransigent. A major investor in Africa, it does not want to be seen as the reason for widespread insecurity caused by poaching. In September, it started sending text messages to every Chinese cellphone user who touched down in Kenya, warning them to “not carry illegal ivory, rhino horn or any other wildlife.“ [Source]